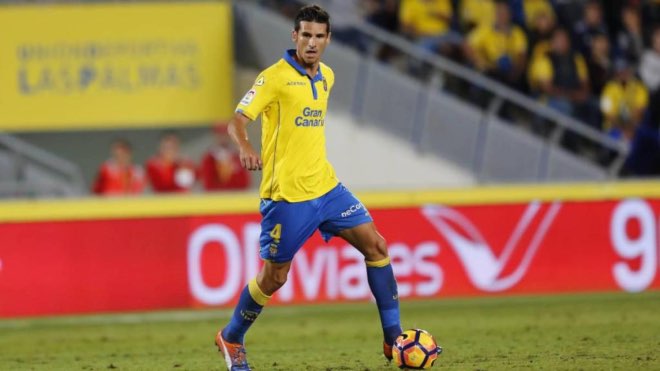 Kerala Blasters FC announced the signing of the Spanish professional footballer Vicente Gomez for the upcoming season of the Indian Super League (ISL 2020-21).

“I wanted to have an international soccer experience, this season. The opportunity came up, and I am excited about both playing for the club and being a part of the Indian Super League. In the yellow of Las Palmas, I have competed in the most important stadiums in Spain, and against several of the best players in the world: Messi, Iniesta and Cristiano Ronaldo. Today, it is an honour for me to announce the start of a new stage in India by playing in the yellow of Kerala Blasters, my favourite colour. I am elated to be a part of my new family and have great respect towards the fans of this brilliant club. At the start of my journey, I would also like to thank Karolis and Kibu, the Sporting Director and Head Coach of the club, for placing their trust in me. Together we will try and achieve successes and titles,” said a thrilled Vicente Gomez who can’t wait to don the KBFC yellow this season.

“He’s a master of football who is going to be a big presence in our midfield. Kerala Blasters is only the third club in Vicente’s professional career. This is unbelievable consistency at that level and a guaranteed quality signing for us. I am just as excited as our supporters, about Vicente joining the club,” said Karolis Skinkys, Sporting Director, Kerala Blasters FC.

Born in Las Palmas, the defensive midfielder made his senior team debut in 2007 with the Spanish fourth division side AD Huracan.

He spent two seasons at the club before joining his home team Las Palmas, where he initially started with the reserve team. The dynamic midfielder was then promoted to the Las Palmas first team based on a strong showing during his first season with the reserve team, where he started 28 matches and even scored a goal. Gomez made his senior team debut for the Las Palmas in 2010 and even scored his side’s second goal on his debut in the Copa del Rey.

The midfielder has a knack of scoring important goals despite operating deep in midfield. He was instrumental in the club’s promotion to the La Liga during the 2015-16 season when he captained the side against Spanish giants Barcelona and Real Madrid. Following the team’s relegation, Gomez moved to the 2nd division side Deportivo La Coruna before joining Kerala Blasters FC for ISL Season 7.

During his eight seasons at the Las Palmas, Vicente Gomez was midfield dynamite who could break up the opposition’s play and build attacks from the back. He even found the net on 13 occasions for the club in a total of 223 appearances. The midfield general also captained the side to back to back mid-table finishes in the La Liga.