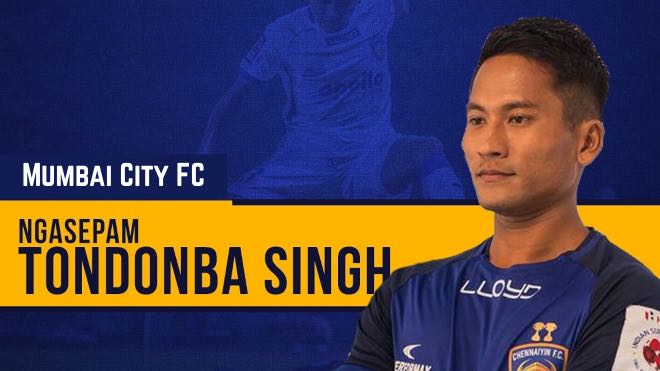 Mumbai City have confirmed the signing of defender Tondonba Singh ahead of the upcoming season of Indian Super League (ISL 2020-21). The 25-year-old left-back joins the Islanders on a two-year contract.

Having started his youth career at Neroca FC, Singh made the switch to senior football with the Manipuri club. He went on to feature for them in a successful I-League 2nd Division campaign in 2016-17 and impressed in Neroca’s debut I-League season as he went on to play every minute of their 2017/18 campaign. The following season, Tondonba moved to ISL side Chennaiyin FC and made 26 appearances across all competitions over two seasons for the Chennai outfit.

Tondonba Singh said, “This is a new chapter in my career that I’m eager to begin and I am delighted to be here. I’ve been playing in the ISL for two seasons now and to be a part of a project like Mumbai City’s is in line with my ambitions as a footballer. Coming here is certainly going to help me grow and develop as a player and a person and I can’t wait to give my best for the club and win games with Mumbai City.”

Head Coach, Sergio Lobera said, “Tondonba is a tenacious and a talented footballer. He is a proven performer in the ISL and he has qualities that can add a lot to our squad. He has been a part of successful teams in the past and we’re confident he can contribute positively at Mumbai City.”