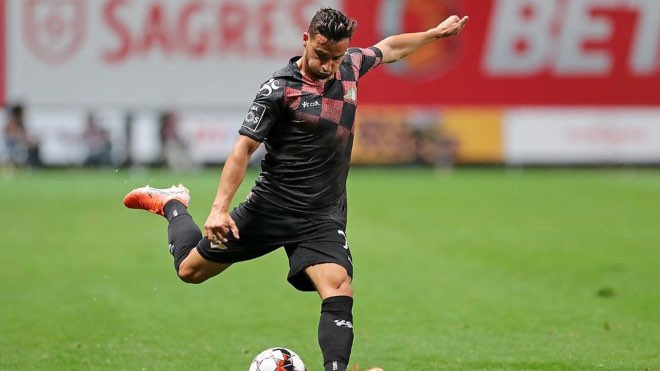 NorthEast United FC have roped in Portuguese winger Luis Machado ahead of the Indian Super League (ISL) 2020-21 season, the club announced on Saturday. The 27-year-old forward joins the Highlanders following the arrival of Khassa Camara on Thursday.

Luis spent a majority of his career playing in Portugal’s top football division, Liga NOS. He began his youth career at SCU Paredes in Portugal’s second division, before joining SC Freamunde in 2011 and making his professional debut with the latter.

In 2014, Luis moved to CD Tondela and was part of the team that earned a promotion to the Liga NOS in his debut campaign. He made 31 appearances and scored three goals for his club that season.

During the January transfer window of 2015-16, the winger moved to second division side CD Feirense, helping the club earn promotion before spending three more seasons with Liga NOS outfit. Following Feirense’s relegation at the end of the 2018-19 season, Luis moved to Moreirense FC, and made 24 appearances for the club, scoring one goal and assisting three others.

The addition of Machado is sure to add teeth to NorthEast United’s attack as they look to begin the upcoming season under new head coach Gerard Nus. After an underwhelming 2019-20 season, Luis Machado will look to link up with Uruguayan attacker Federico Gallego, who has also been retained by the club for one more season.