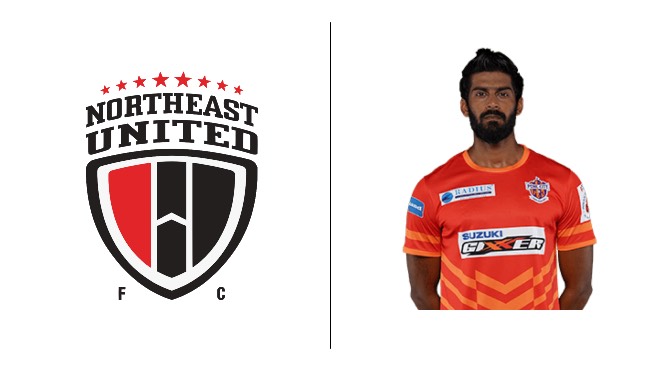 NorthEast United FC announced the signing of the ex-Mohun Bagan defender Ashutosh Mehta ahead of the seventh season of Indian Super League (ISL 2020-21). The 28-year-old, Ashutosh joins the Highlanders after a successful season with Mohun Bagan AC, winning the I-League trophy with the club.

He joins NorthEast United FC after a season away from the ISL and will look to partner young gun Rakesh Pradhan, Wayne Vaz and the recently signed Benjamin Lambot in the Highlanders’ backline.

Speaking on the move, Ashutosh added, “It is an honour to represent Northeast United in the ISL and I am looking forward to playing in the league again. I have great memories of my time here in the Northeast and look being a part of the NEUFC team. It is, of course, a pleasure to be working with Coach Khalid again and I am sure we are going to achieve our goals this season.”

Speaking on the appointment, NEUFC’s assistant coach Khalid Jamil said, “I have worked with Ashutosh right from the start of his career and I am proud to see him grow into a top professional. When the opportunity to sign him presented itself, we decided to act quickly and get the deal over the line. Having won two I-League titles in the last four seasons, we know that Ashutosh brings loads of experience and calibre into the defence and we expect him to play an important role as the season rolls on.”

Ashutosh began his football career with Mumbai FC and after five seasons with the club, he made his ISL debut with FC Pune City in 2014. He joined Mumbai City FC in 2015, making 11 appearances for the Islanders, before a successful Hero I-League campaign with Aizawl FC which culminated in the 29-year-old defender’s first Hero I-League triumph.

The defender played under the current NEFC manager Khalid Jamil when they both were Mumbai FC in 2011 as well as in Aizawl FC when they won the I-League back in 2017.

After a brief stint with ATK FC during the 2017-18 Hero ISL season where he made 12 appearances, Ashutosh joined FC Pune City for the 2018-19 season.