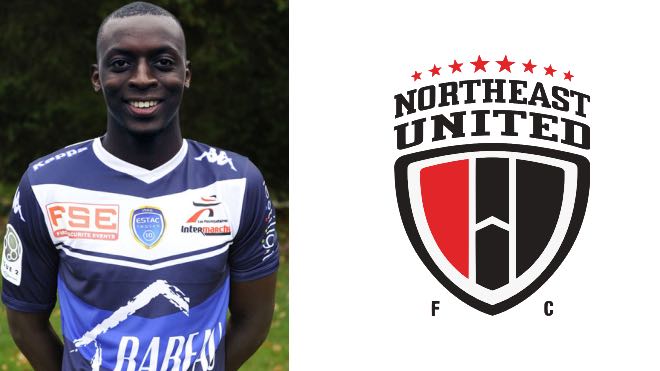 NorthEast United FC have signed Mauritanian international Khassa Camara ahead of the seventh season of Indian Super League (ISL 2020-21). The 27-year-old midfielder is the first signing made by the Highlanders after appointing Gerard Nus as head coach and retaining the services of Uruguayan Federico Gallego ahead of the upcoming season.

“I am happy to be a part of NorthEast United FC. I cannot wait to wear my new jersey on the field and I will give my best and try to make all the fans happy as well,” Camara said after putting pen on paper.

Camara began his youth career in France with Ligue 2 side ES Troyes AC’s B team. After spending half of the 2014-15 season on loan with French third tier side US Boulogne, he moved to Greece to join GS Ergotelis in the second division of Greek football. Half a season later, Camara moved to AO Xanthi – a top tier Greek side at the time – and became integral to the team’s midfield, making 76 league appearances for them and bagging two assists.

Although born in France, Camara has chosen to represent Mauritania and played for them in the 2019 African Cup of Nations. He made two appearances for his side in the tournament as his team were eliminated in the group stage. Making his international debut in 2013, Camara now has 27 caps for the national team.

A strong presence in the middle of the park, Camara can operate either in central midfielder or play a deeper role as a defensive lynchpin. His versatile nature can also see the Mauritania international play at right-back if needed. With young players like Lalengmawia and Ninthoi in the midfield, head coach Nus will look to improve NorthEast’s performances from last season and the likes of Camara and Gallego will have to play a pivotal role to make that happen.