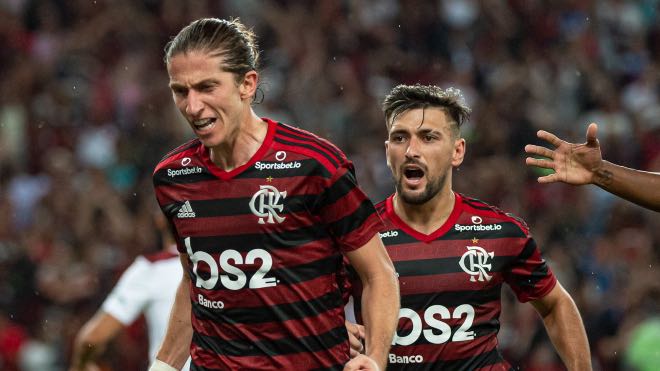 Filipe Luis is a Brazilian left-back who turns out for Flamengo in the Brazilian Serie A. And as per a report on IFTWC, NorthEast United FC’s new head coach wants his team to sign Luis as a marquee player.

Luis, 35-years-old, already has a contract with the Brazilian team till the end of the current season means till 2021. And the player is currently valued at almost near 16 crore Indian rupees. Therefore, signing the player normally with a transfer fee is not possible.

With COVID-19 playing a big role in player salary and players transfer, Flamengo have asked all it’s players to take a pay cut. So, therefore, the chance of this move is possible, but considering NorthEast United is a team who are the weakest team financially in ISL, the deal might not be possible.

When we contacted a source in Brazil, he said, “Look, Filipe Luis is a quality player with high wage demands, and seeing a move to India is not gonna turn into reality as we here in Brazil are expecting him to finish his career here.”

But he also added, “If the team that you are saying is financially well, they could try, maybe to free the wages, Flamengo might be interested in a loan deal.”

Filipe Luis has played for many top levels European clubs like Atletico Madrid and Chelsea. He started his football journey at Brazilian club Figueirense FC.

It will be interesting to see if NorthEast United have the money or not, but if they do have will they splash the money for a loan deal or they want him permanently. But the deal is very much likely to not happen, unless, NorthEast United pull off a surprise.