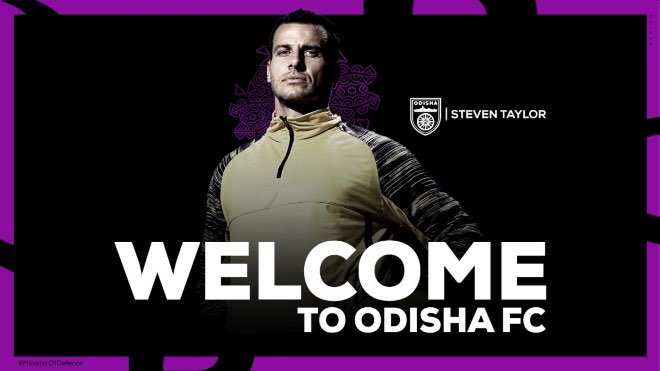 Odisha FC has roped in English defender Steven Taylor over a one-year deal with an option to extend for a second year, ahead of the seventh edition of the Indian Super League (ISL 2020-21).

Making his senior club debut with high-profile English club Newcastle United in 2003–04 football season, the 34-year-old centre-back played for more than a decade in the Premier League, becoming a Toon darling in the process before making a move to American professional club Portland Timbers in 2016.

The London-born footballer had also represented England B and other English clubs Wycombe Wanderers FC, Ipswich Town FC and Peterborough United FC and played age-group tournaments for England’s U-16, U-17, U-20 and U-21 teams.
Before joining the Bhubaneswar-based ISL team, Taylor was the captain of New Zealand’s Wellington Phoenix FC which competes in the Australian A-League. His towering presence in the defence helped the Wellington side to the third position finish in the last season. Steven clocked 49 games for the A-League side over two seasons and became a solid fan favorite.

Odisha FC Head Coach Mr. Stuart Baxter welcomed the new centre-back and said, “Steven’s credentials speak for themself, but more than that we are bringing leadership qualities into our young squad. He is an exceptional defender and is a presence that will give the whole team a whole boost.”

Steven Taylor expressed, “I am extremely delighted to join Odisha FC and am hopeful that my experience and leadership qualities will be helpful for the team. I am very happy to be working under Stuart once again and can’t wait to meet all the young Indian lads. I hope I can help the lads push on and in turn egg the team on towards the playfoff spots. I am looking forward to creating something special at Odisha FC, make no mistake about it.”