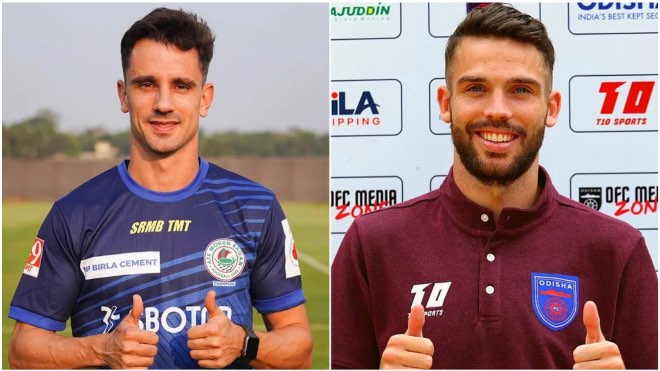 Odisha FC have reached an agreement with ATK Mohun Bagan over a loan swap deal of Brazilian forward Marcelo Leite Pereira and Australia-born Scottish midfielder Bradden Inman. The 29-year-old footballer will now play for the Bhubaneswar-based side on loan until the end of the ongoing seventh season of the Indian Super League (ISL 2020-21). ATK Mohun Bagan have signed Australian midfielder Bradden Inman ahead of the ISL 2020-21 on September 21, 2020.

After starting his youth career with Premier League club Newcastle United, Inman represented other English clubs Crewe Alexandra, Peterborough United and Rochdale before moving to Australia to join Brisbane Roar in 2019. The former Scotland youth team member made seven appearances for ATKMB in the ongoing season.

Speaking on the development, Odisha FC President Raj Athwal said, “We are pleased to welcome Brad to the club with the hope that it gives our team a boost for the remaining seven games of the season and helps us climb as high as we can in the table. I am sure the fans will welcome a talented player like him and I hope that Brad will hit the ground running for Odisha FC.”

Odisha FC head coach Stuart Baxter stated, “Brad is a versatile player who can expand our creative options. With games coming thick and fast he will also enable us to rest and rotate more.”

After joining the club, Brad Inman expressed, “I am really happy to be joining Odisha FC, I have been given some really good information and references about the club from different people which made it really easy to make my decision to come. I want to come here and make an impact and hopefully contribute to some wins for the club between now and the end of the season. I have already had a couple of good chats with the manager and he has told me what’s expected of me and I am certainly up for the challenge.”