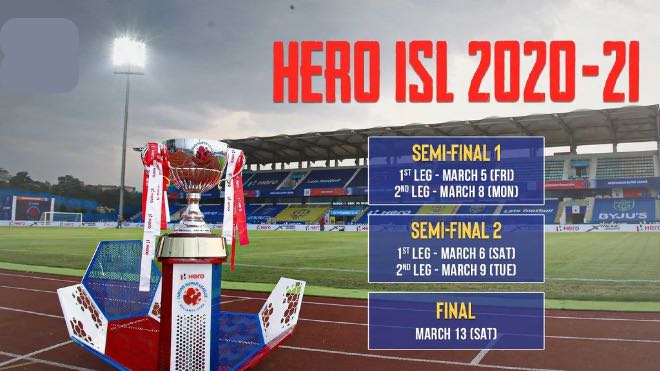 Football Sports Development Limited (FSDL) on Wednesday announced the playoffs schedule for the seventh season of the Indian Super League (ISL 2020-21). The Jawaharlal Nehru Stadium in Fatorda will host the ISL 2020-21 final in consecutive seasons and for a record third time on Saturday, March 13, 2021.

The ‘Away Goal’ rule will not apply in the semi-finals this season. Teams with the highest goal aggregate in their respective two-legged ties will progress to the final.

The team finishing on top of the table will be crowned League Shield Winners, earning a direct group-stage entry into the AFC Champions League next season.

The detailed semi-final fixtures list will be announced once the final league standings are confirmed.