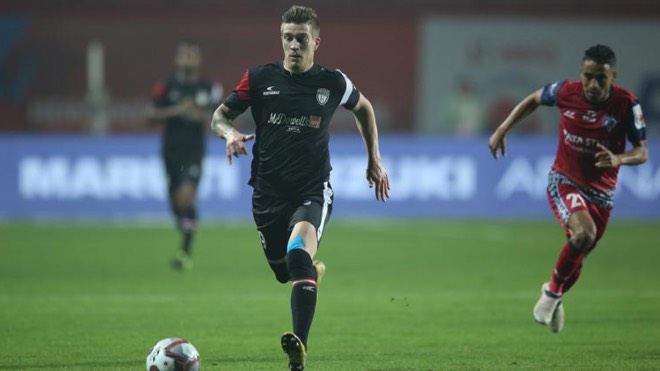 NorthEast United FC announced the contract extension with Uruguayan attacker Federico Gallego for another season of the Indian Super League (ISL 2020-21). The 30-year-old attacker has spent the last two seasons with the Highlanders, scoring five goals and assisting six others in 30 appearances.

“I am very happy to come back to NorthEast United FC for the Hero ISL. I am waiting to meet my teammates and work with the new head coach to achieve our goals and fight for our dreams,” Gallego said after penning his contract extension.

A local of Montevideo, Gallego began his football journey with Uruguayan outfit Institución Atlética Sud América, before making his senior debut for the club in 2010. He also represented Comunicaciones Fútbol Club in Guatemala and Liverpool FC Montevideo as well as Club Atlético Boston River in Uruguay before moving to the Hero ISL to join the Highlanders.

After joining NorthEast United ahead of the 2018-19 season, Gallego was among the best players in the league, forming a deadly attacking partnership with Bartholomew Ogbeche. He was among the most creative assets for the Highlanders, scoring four goals and bagging five assists while leading his club to their best-ever league finish in the ISL.

After suffering a horrific injury during the club’s second leg semi-final clash in ISL 2018-19 against eventual winners that season Bengaluru FC, Gallego made 10 appearances for NorthEast United in the following campaign, scoring once and assisting another. He will be eager to help the Highlanders finish in the top four under the tutelage of new head coach Gerard Nus in the upcoming campaign.