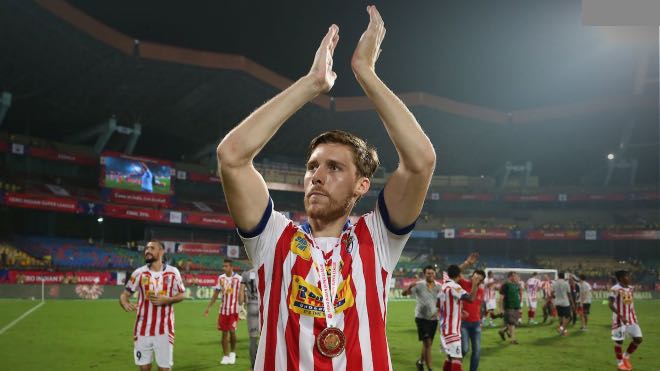 The Spanish defender was a key part of the erstwhile ATK FC side that lifted their second Hero ISL trophy during the 2016 season before spending the last three campaigns with Jamshedpur FC.

Head coach Antonio Lopez Habas is set to fight for his third ISL trophy and had already bolstered his team’s defence with the likes of Carl McHugh, Pritam Kotal, Subhasish Bose, Sumit Rathi and Prabir Das, a part of it. Also, the likes of Roy Krishna, Jobby Justin, Edu Garcia, SK Sahil, Manvir Singh and David Williams have signed contracts with the club.

“I am very happy to come back to a club and city where I already have amazing memories. Isha was own with the club before and I would love to win again, this time in maroon and green. The fans are great and the Mariners have such a beautiful history which I am excited to represent,” Jose Luis Espinosa Arroyo said after the signing.

A native of Los Barrios in Spain, Tiri began his youth football career at Andalusian club Cadiz CF, which currently plies its trade in Spanish football’s top division. After spending three seasons with the U-19 team, the Spaniard moved to Atletico Madrid’s B team before arriving on Indian shores.

The 29-year-old defender has spent five seasons in the Hero ISL, beginning his journey in Indian football with ATK during the 2015 season. He played 24 matches for the Kolkata-based club across two seasons, before turning out 48 times for Jamshedpur in the Hero ISL. During his time in the Hero ISL, Tiri has made 606 clearances, 157 tackles, 117 interceptions and 76 blocks across five campaigns.