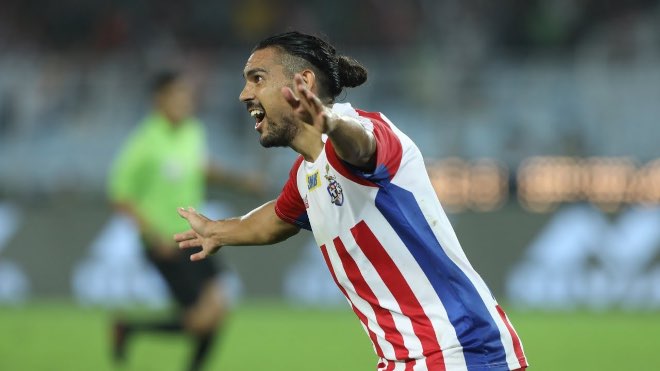 On Tuesday, ATK Mohun Bagan FC announced that David Williams had extended his stay at the club and signed a one-year deal for the upcoming season of Indian Super League (ISL 2020).

ATK, the reigning ISL champion, will play as ATK Mohun Bagan (ATK MB) from the upcoming ISL season after its merger with Mohun Bagan.

Delighted at the announcement David Williams said, “I am very happy to announce my contract extension. I loved playing for the club last season. Winning the title was a great feeling. I am determined to contribute towards taking our game up a level and making a serious push in the AFC Cup.”

Aussie forward Williams was an integral part of the title-winning ATK, scoring seven goals and crafting five assists in 18 appearances last season. He formed a lethal combination with star striker Roy Krishna, who has also extended his stay with the club.

ATK Mohun Bagan will also benefit from Williams’ presence in the AFC Cup as it has got a direct group stage berth in the second-tier continental club competition.

Mr. Dependable from down- under, @willo_15 is roaring and ready to go!
Here's a message from him to all the #Mariners.?❤️#ATKMohunBagan#JoyMohunBagan#IndianSuperLeague#IndianFootball pic.twitter.com/7ZtKbH8Nzl

“I’m very excited to let you know that I have re-signed with the club for one more year. I’m grateful for this opportunity and happy to be a part of history. Last year we created history and I am sure this year will be no different,” said Williams in a video posted on the club’s Twitter handle.

“We’ve got an exciting squad so I’m just looking forward to getting back to training and getting back in the game,” he added.