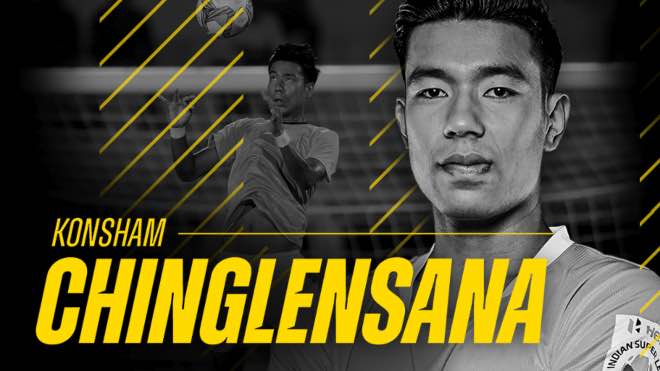 Hyderabad FC announced the signing of 23-year-old defender Konsham Chinglensana Singh ahead of the upcoming season of the Indian Super League (ISL 2020).

Known in the footballing circuit as ‘Sana’, the Manipuri defender joins in after three years with FC Goa and has penned a two-year deal till the end of the 2021-22 season.

“The club is building a new squad with a lot of ambition in an exciting project. I want to be part of this team and play my role in helping the club establish its legacy in Indian Football by trying to win trophies and bringing back glory days to the city of Hyderabad,” said Sana who becomes the third new Indian signing at Hyderabad FC this season after Subrata Paul and Halicharan Narzary.

Hyderabad FC co-owner Varun Tripuraneni said, “Sana is one of the most exciting and talented young defenders in the country. He has been a consistent performer and every time he’s been on the field, he made sure to leave an impression. We’re looking to build a squad with the right mix of youth and experience, and we hope he will be a valuable addition.”

Having spent his formative years at Mahindra United, Air India and Tata Football Academy, Sana began his professional career in 2015 with Shillong Lajong FC with whom he played two seasons in the Hero I-League. Having made his bow in the Hero Indian Super League in 2016, he became an integral part of the Delhi Dynamos side under Gianluca Zambrotta featuring regularly in their run to the play-offs.

He was picked up by FC Goa in the ISL expansion draft in 2017 and has been part of the Gaurs’ team for the last three seasons where he also picked up a Super Cup winners’ medal in 2019.

On the international stage, Sana has represented India at the U19, U22 and U23 levels while also making his senior debut in 2016.