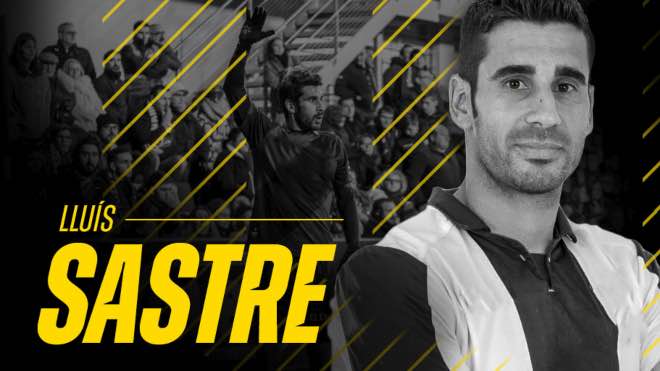 Hyderabad FC have confirmed the signing of Spanish midfielder Lluís Sastre as they continue to strengthen their squad ahead of the upcoming season of the Indian Super League (ISL 2020). The 34-year-old former La Liga midfielder joins from Cypriot side AEK Larnaca and has penned a one-year deal till the end of the 2020-21 season.

“I am very happy and excited to be able to play for Hyderabad FC in this season of the ISL. I have heard a lot of good things and I am already looking forward to starting training and meeting my teammates and the coach and working towards our goals,” said Sastre who becomes the third new foreign signing for Hyderabad FC this season after Joao Victor and Joel Chianese.

“I come to HFC with the desire to contribute with my experience and hard work, and help the team and have a good season to achieve good things for all our fans,” added Sastre who has also featured for the Spanish U19 national team.

Hyderabad FC Head Coach Manolo Marquez has followed Sastre’s career closely and is confident about the qualities he will bring in to the squad. “He’s a central midfielder with a lot of quality and likes to arrive in the rival box too. Technically, he is a fantastic player and has played for FC Barcelona’s B team. He has always been an important player in all the teams that he has played for. We expect not just good football from Lluis, but experience and leadership will also be some of the things that he will bring to HFC,” said Marquez.

A product of the famed La Masia academy, Sastre featured for FC Barcelona’s youth teams including a two-year stint with FC Barcelona B (2005-07). His impressive performances in the Segunda B saw him being signed by Real Zaragoza from where he joined SD Huesca on loan initially before making a permanent move after a promotion clinching season. He spent the next four years in north-east Spain before moving to La Liga side Real Valladolid in 2012.

Following three years with Valladolid, he moved to Leganes (2015-17), helping them to promotion to La Liga, before achieving the same feat in his second spell with Huesca (2016-19). He made his first overseas move in 2018-19 when he joined Cypriot side AEK Larnaca helping them to a runner-up finish in his first season.