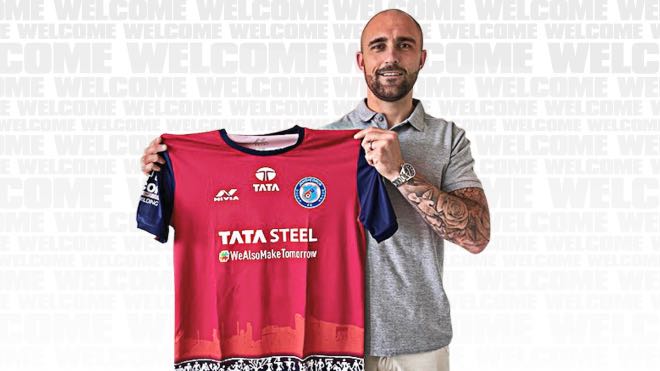 Jamshedpur FC continued its string of signings and announcements under Owen Coyle with the addition of 32-year-old defender Peter Hartley. The Englishman put pen to paper and signed with the club for the Indian Super League 2020-21.

The robust defender comes at the back of a highly successful season with Motherwell FC in the Scottish Premiership. He captained the team to 3rd place in the league, only behind Scottish legacy teams – Celtic and Rangers, thus qualifying Motherwell for the UEFA Europa League 2020-21.

Delighted at joining Jamshedpur, Hartley said, “I’m honoured to be given an opportunity to sign for Jamshedpur, a club with ambition to win. I certainly didn’t have to think twice about playing for Owen Coyle, a manager held in high regard. I promise to give 110% every single day in order to bring success and silverware to the Jamshedpur supporters. At every club that I have played for, my goal has always been to add glory to my jersey number till the day I depart.”

Hartley is a Sunderland AFC academy product. The left-footed centre back was scouted into the Sunderland AFC youth system as a 12-year-old in 2000 and rose-up the ranks with his impressive performances. He played and trained with the former English Premier League side’s senior team too and made his debut in 2007 versus Leicester City under Roy Keane’s tutelage.

Hartley went on a loan spell to Chesterfield FC and then switched to Hartlepool United in 2009, is the most capped player for Hartlepool during his four-year stint as well as the captain for two seasons. Later, the Englishman had stints with Stevenage, Plymouth Argyle, Bristol Rovers and Blackpool before joining Motherwell FC.

Owen Coyle was thrilled to have Hartley in the squad and underlining the importance of signing the defender said, “Hartley is a massive signing for us. He brings in so much experience from playing in the English leagues and the Scottish Premiership. He is a central defender with great capability and a born leader. He is a fighter who is mentally strong and a fierce competitor. Hartley hates conceding goals and that’s the attitude I need from my centre-back.”

The defender has played in prestigious tournaments in England like the FA Cup and the League Cup where he represented his clubs against the likes of Chelsea, Everton, Sheffield United, Watford and Wigan Athletic. He also played versus Burnley in 2009, which was then under the management of Owen Coyle and also scored against Antonio Conte’s Chelsea in a 2016-17 League Cup tie.

Hartley has player 418 matches in his stellar career since his senior team debut in 2007, keeping 122 clean sheets and scoring 37 goals.

Hartley will don the colours of Jamshedpur with the number 29.