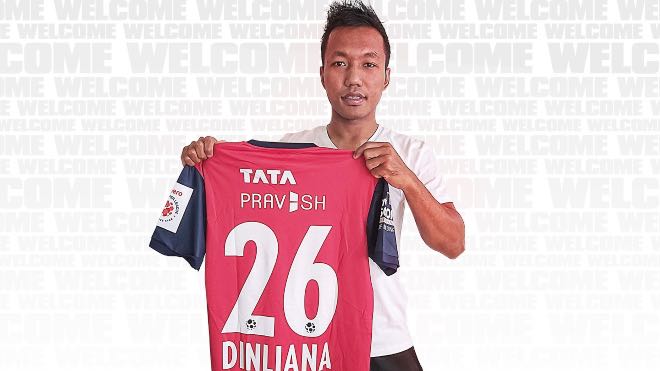 The 22-year-old Mizo right-back is quick and strong and was a revelation under Owen Coyle last season. He was one of the top right-backs in ISL last season and can also slot in as a left-back. He was an important cog in the machinery which finished as runners-up in the ISL 2019-20 and was also a crucial member of the squad that finished runners-up in the AIFF Super Cup 2019.

On completing his move, the 22-year-old said, “It’s a privilege to have signed for a club like Jamshedpur which has all the avenues conducive for a player like me to exhibit my true potential. This move is a perfect fit especially with Owen Coyle at the helm. I had a great outing with him last year and I am hungry to perform. I am excited at the prospect of bringing the deserving fans of Jamshedpur much-awaited and coveted silverware in the ISL.”

Jamshedpur FC Head Coach Owen Coyle was glad to be reunited with the defender. He said, “The position of a full-back is crucial to any football system as it requires the right balance of attack and defence. Dinliana matches my requirements for a full-back perfectly. He has been fabulous over the past three years and was phenomenal last season as he helped his team reach the ISL final. He will be an important player for club and country in the years to come.”

The full-back came to prominence after winning the Mizoram Premier League (MPL) with Chhinga Veng FC in 2017. He was adjudged as the best defender of the tournament for his outstanding displays. He was loaned out to Aizawl FC to play in I-League and the defender made 24 appearances for them in the 2017-18 season. In 2018, Dinliana was signed by Chennaiyin FC and made 34 appearances across two seasons. He also appeared in the AFC Cup and AFC Champions League qualifiers with Aizawl and Chennaiyin FC, making his continental debut against Iranian side Zob Ahan Esfahan back in 2018.

The youngster has helped his teams keep 15 clean sheets in the 58 top-tier matches he has played. Dinliana will be wearing squad no. 26 in the upcoming ISL season.