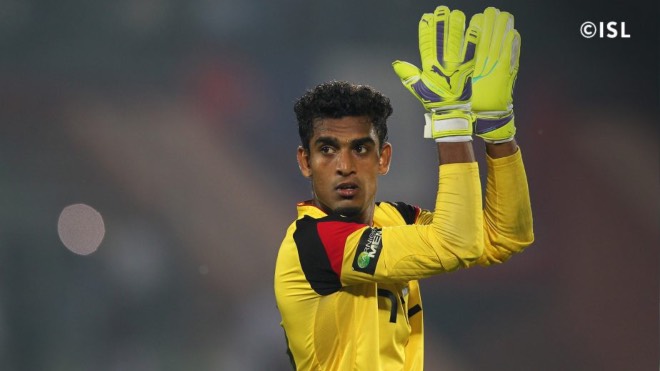 With Pawan Kumar already signed, the experienced Rehenesh will add another strong option for the first-choice keeper along with the young and promising Niraj Kumar.

On signing for Jamshedpur, Rehenesh said, “I have heard and myself seen a lot of wonderful things about Jamshedpur. The club’s vision, it’s facilities, the amazing treatment of players, youth and grassroots football are known and respected in the football circles. The Jharkhand football fans are extremely vociferous, passionate and supportive and I am excited and proud to represent them in the club colours. I always like to push myself to improve and compete whether in training or games. The ultimate aim is to win.”

Head Coach, Owen Coyle expressed his thoughts on getting the goalkeeper on board. He said, “With Rehenesh in the squad, we are in a strong position in the goalkeeping department and that gives us healthy competition for the first-choice goalkeeper, which I was looking for. His former coaches have always praised him and his performances over the years have been top-notch. Rehenesh comes with high quality, is a top competitor and highly motivated to earn the top spot and perform.”

The Kerala goalkeeper also spoke highly of Owen and said, “In my conversation with Owen Coyle, he was very clear to me about his objectives and expectations from me. I have huge respect for him and I’m eager to make the most of this opportunity to work with and gain from such an experienced personality.”

Rehenesh began his career with ONGC in the I-League and went on to represent Rangdajied, Shillong Lajong, East Bengal, NorthEast United FC and Kerala Blasters FC. The able shot-stopper is good with the feet, athletic and has a smart positioning sense.

The 27-year-old Rehenesh has over eight years of combined experience having kept 35 clean sheets in 128 matches in the Indian Super League and I-League so far.