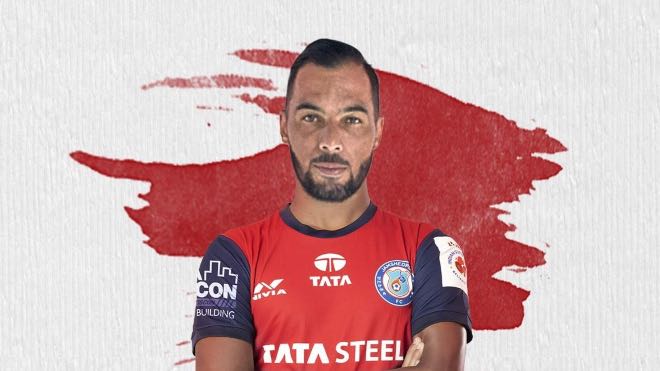 The 31-year-old has the experience of playing in Asia with stints in the highly competitive K League 2 (South Korea) with Suwon FC and FC Anyang and most recently with Ho Chi Minh City FC in V League 1 (Vietnam). The midfielder has 43 goals and 23 assists in 337 appearances in his career.

Alex is a midfielder who comes at the back of a star-studded career across the world and becomes the club’s fourth foreign player (along with Aitor Monroy, David Grande and Nerka Valskis). The strong- and well-built playmaker is known for his ability to hold the ball, create chances, and get into scoring positions in the attacking third.

Head Coach, Owen Coyle, is excited to have brought the experienced midfielder on board. He said, “Alex is a player of multiple capabilities. A team-player, aggressive, smart, quick, a powerhouse – I could go on with a hundred adjectives and yet, it would not be enough to describe him. He is an amazing talent who can unlock the toughest of defences. I remember I signed him when I was a coach at Houston and he did his job perfectly well for the club and I hope he will do the same here. A warm welcome to Alex. Wishing him a successful time with us.”

The Brazilian Alex expressed delight in signing for Jamshedpur and said, “I have played football across four continents. To now join this exciting league wearing the colours of one of the top teams of India makes me extremely proud. I can’t wait to meet my teammates. I want the fans of Jamshedpur to know that we are going to fight tooth and nail to win the ISL. Let’s do this together. Saath Chalo, Jam Ke Khelo!”

Alex will be wearing the coveted squad number 7 in the upcoming ISL season.

The Brazilian began his career in the youth system of Grêmio Mauaense in Brazil. In 2008, he went on to sign as a professional player for FC Wohlen in Switzerland. He became a regular starter for the Swiss 1. Liga club where he spent four years and also enjoyed a spell on loan at FC Gossau of the same league.

The big moment for Alex came in 2012 when the USA’s Major League Soccer (MLS) club Chicago Fire FC signed him. He was influential from the beginning as in the 2012 season; the club progressed to the MLS Playoffs. He went on to represent them on 82 occasions. In April 2015, he was signed by Houston Dynamo, under the tutelage of Owen Coyle and played for the club till 2017. Again, he was a catalyst as the team qualified for the MLS Playoffs in 2017 and subsequently progressed to the Western Conference Finals. However, they missed out on the MLS Cup final by a whisker with a loss to Seattle Sounders FC.