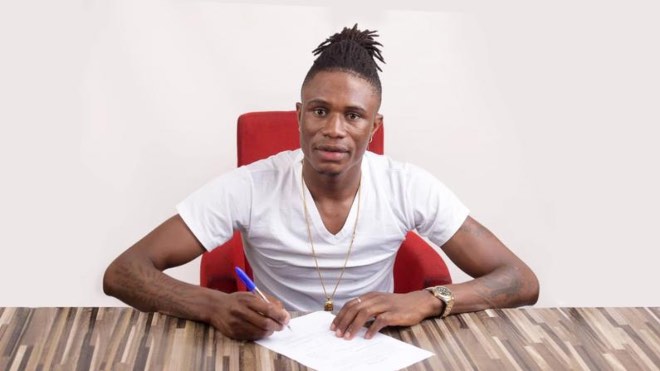 Jamshedpur FC announced the signing of Nigerian Football Team International Stephen Eze for the upcoming season of Indian Super League (ISL 2020). This becomes the club’s sixth foreign signing and the second foreign centre-back along with the recently announced Peter Hartley.

The right-footed Eze is an imposing 6’6’” in stature. He is excellent in positioning and anticipation and calm while distributing the ball. His dominance in the air in defending as well as in the attacking third will be an asset for Jamshedpur. He is of high utility in attacking set pieces, which reflects in his three goals last season for Lokomotiv.

Eze will be wearing number 66 for the upcoming ISL season.

Head Coach, Owen Coyle lauded the defender as he said, “Eze will be crucial in making our defence mean and miserly. He comes with a solid reputation and representing a World Cup playing nation like Nigeria requires some serious talent. His towering personality and unyielding attitude towards the game could make him one of the best center-backs in the Hero ISL. Eze’s presence in the dressing room will be absolutely uplifting for the squad. He is an outstanding young man and a real team player with a huge future for him domestically as well as internationally.”

Eze was thrilled with the move to Jamshedpur FC and said, “I have been following the ISL closely and it is one of the most exciting and competitive leagues. I have seen the passion of the fans of Jamshedpur, which is why I’m excited and cannot wait to get started. My aim is simple, and it is to win. There have been some exciting signings with the club in the past few weeks and I look forward to work with my teammates and end the season with silverware.”

The Nigerian centre-back also spoke of Owen’s influence on convincing him to join Jamshedpur and said, “Owen Coyle is a top football manager who I have followed since my childhood when he was with Burnley, Bolton Wanderers and Wigan in the English Premier League. I look up to him and was elated at the prospects when this opportunity presented. He is clear in his vision and that made my decision easy.”

The 26-year-old is a current international with the Nigerian National Team having represented them 13 times since his debut in 2016. In May 2018, he was named in Nigeria’s preliminary 30-man squad for the 2018 FIFA World Cup in Russia but did not make it to the final 23. His Super Eagles side finished runners up in the African Nations Championship in 2018 with Eze playing all six games. The defender has been playing with Lokomotiv Plovidiv in the Bulgarian top division for the past three seasons and comes off the back of a runner up finish in the 2019-20 football season. He won the Bulgarian Cup in the 2018-19 season with Lokomotiv and represented them in the UEFA Europa League 2019-20 in four games.

Before plying his trade in Bulgaria, Eze played for Ifeanyi Ubah and Sunshine Stars in the Nigerian top division. The 26-year-old began his career in the youth ranks of Lobi Stars FC that plays in the Nigerian Professional Football League (NPFL) in 2012 from where he got promoted to their senior team in 2014. Later, he switched to Ifeanyi Ubah of the same league and went on to win the Nigerian Super Cup with them in early 2017. Eze made a move to Kano Pillars before his big moment, which was a move to Bulgarian side Lokomotiv Plovdiv.