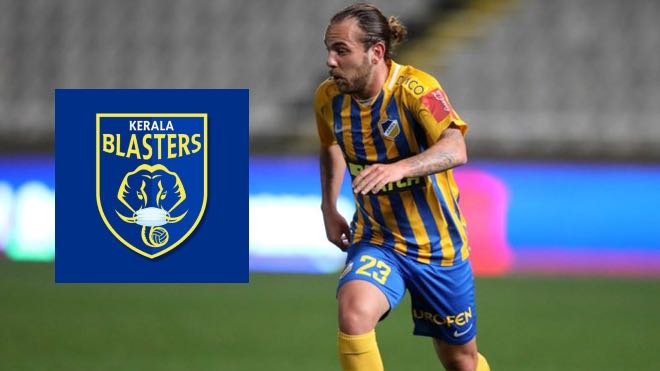 On joining the club Facundo Abel Pereyra said, “It is a great privilege to sign with Kerala Blasters FC, one of the most widely supported clubs in India. Playing in India is a pleasant surprise to my footballing career. I was inspired by the plans of the club and the Indian Super League for the development of football and also by the many interesting facts about the state of Kerala, especially the fans and their passionate love for football. I shall contribute in all possible ways to the success of the Club, to ensure the fans enjoy a wonderful game on the field.”

“I’m very happy and excited that Facundo is joining our team. He is a player with an appreciable level of footballing experience, having played in some of the top leagues as part of many high-profile clubs in South America and Europe. Facundo is also a versatile footballer who will help strengthen our squad for the upcoming season and ensure we are closer to achieving our goals,” said Karolis Skinkys, Sporting Director, KBFC.

Hailing from the port city of Zarate in Argentina, Pereyra started his career with the amateur side Estudiantes De Buenos Aires in 2006 till 2009, before being sent on loan to Palestino, a Chilean football club, where he made his professional debut with two assists and a goal in six appearances for the side. The next few years saw the creative midfielder who can also play as a striker, shuffle between the Chilean, Mexican and Argentinian Leagues before being picked up by the Greek side PAOK, his most productive move.

“Fanouris” (a nickname given by the then PAOK coach) spent three years with the Greek side and found the net 14 times on either side of two loan moves. In 2018, the left-footer joined Apollon Limassol scoring 14 goals and 3 assists in his 53 appearances (including qualifiers) for the club. The midfielder joins KBFC to boost their attacking options for the upcoming season. Known for his positioning and prolificacy in the box, the Argentinians hoped to bring experience and quality to the KBFC squad.