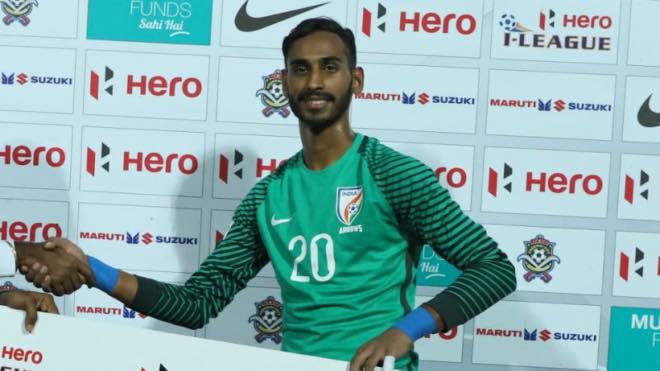 On Wednesday, Kerala Blasters FC announces the signing of the 19-year-old goalkeeper, Prabhsukhan Singh Gill for the upcoming season of the Indian Super League (ISL 2020).

Excited about the upcoming season of ISL Prabhsukhan Gill said, “The management was very genuine when they explained their future plans for myself and the team. This, along with the temptation to play in front of the best fans is what motivated me to move to Kerala Blasters FC. I want the fans to know that I will give it my all and will put up a fight whenever the team needs me.”

“As a 19-year old, Prabhsukhan is very mature for his age and a confident goalkeeper too. He is one of the very few goalkeepers in India who is very good with his hands and feet. His signing reinforces our trust in young talents and our focus on their growth and development. I am very excited to see him join us and am positive that he will be a good addition to the squad,” said Ishfaq Ahmed, Assistant Coach Kerala Blasters FC.

The 19-year old, born in Ludhiana, Punjab, started his footballing career with the Chandigarh Football Academy in 2014. He trained for two years at the academy, before being selected to the AIFF Elite Academy that was preparing for the FIFA U-17 World Cup in India in 2017. He was signed by the Indian Arrows in the same year wherein he made over 30 appearances for the club over two seasons in the Hero I-league.

The young shot-stopper caught the eye of the KBFC talent hunt team with his heroic performance in the Hero Super Cup qualifiers in 2019. At just 19-years of age, the 184m tall custodian will look to go from strength to strength and develop further as he joins Kerala Blasters FC from the ISL rivals Bengaluru FC.