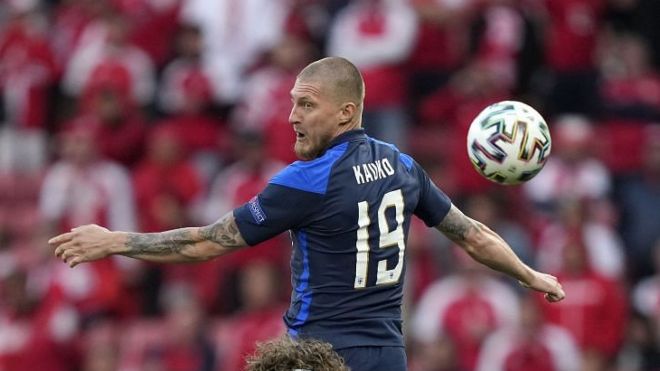 ATK Mohun Bagan have signed Finland’s Euro 2020 player Joni Kauko for the eighth season of the Indian Super League (ISL 2021-22). The Mariners made an agreement with him on Thursday after Finland finished third in their group and exited the tournament.

The central midfielder, Joni Kauko featured in all three games for Finland in Euro 2020, where they beat Denmark in their opener before losing to Russia and Belgium, the world number one team in the FIFA rankings.

The 30-year-old played in four age groups before playing for the senior team of Finland. He played the last three seasons for the Danish club Esbjerg. Kauko also has several goals to his name in club football.

ATK Mohun Bagan will have to play in the AFC Cup soon and Kauko will be available for the prestigious continental club competition. After the addition of Kauko, the strength of Antonio Lopez Habas’ midfield will definitely increase manifold.

After completing the deal, Kauko left a message for ATK Mohun Bagan fans and said, “Hello Mariners. This is Joni Kauko. Greetings from Finland. I am really excited to join the historic club, ATK Mohun Bagan. I am looking forward to learning about the fascinating culture of India. So see you soon, Mariners. Take care.”