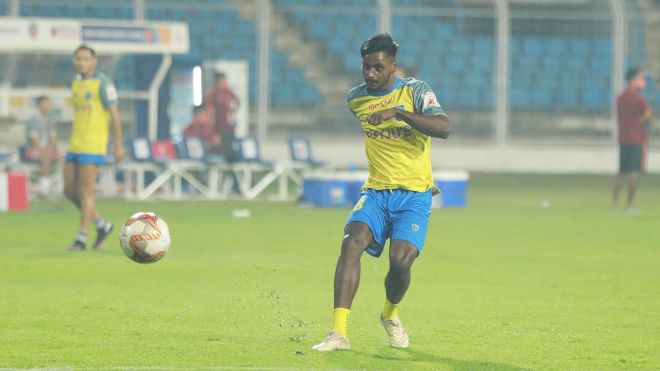 Bengaluru FC announced the signing of midfielder Rohit Kumar on a two-year deal that lasts until the end of the 2022-23 season. The 24-year-old becomes the Bengaluru FC first acquisition of the summer and will join the squad ahead of their upcoming AFC Cup Playoff clash against Eagles FC.

“I am very excited about signing with Bengaluru FC and about the challenges that lie ahead. This is a club that most footballers in the country want to be a part of, so to get this opportunity is special. I’m looking forward to experiencing all the good things I’ve heard about BFC, and I’m eager to play my part in achieving success with this team and for the fans,” said Kumar after completing the formalities on his deal.

“I would like to welcome Rohit to Bengaluru FC. He is a young and hardworking footballer who I believe will play his part in our season that begins shortly. As a coach, I am happy to have him at the club, and I wish him all the success,” said Bengaluru FC head coach Marco Pezzaiuoli.

Delhi-born Kumar joined the DSK Shivajians academy in 2016 and earned a promotion to the club’s first team in 2016 for the Durand Cup. Rohit picked up his first goal just nine minutes into his senior career and went on to score three more in the next two matches. Having made his Hero I-League debut the same year, the midfielder moved to cross-town Hero Indian Super League (Hero ISL) side FC Pune City at the end of the season.

After two years with FC Pune City and a season with Hyderabad FC, making 30 appearances in the league in that period, Kumar’s most recent campaign came with Kerala Blasters FC.

A defensive midfielder by trade, Rohit has experience at the international level, having represented the India U-19 team at the 2015 SAFF U-19 Championship, in Nepal.