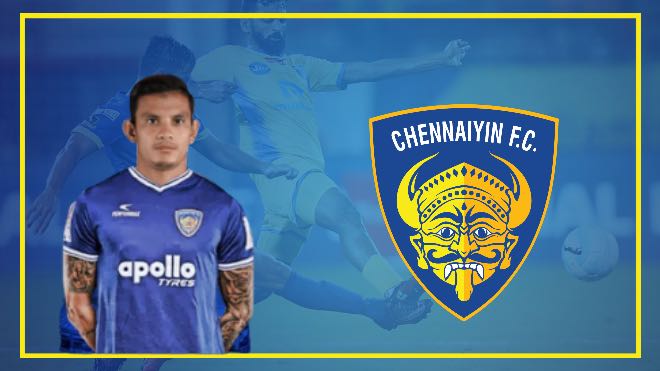 Chennaiyin FC have completed the signing of Indian defender Davinder Singh on a one-year deal ahead of the upcoming Indian Super League season (ISL 2021-22).

The 25-year-old Indian international will be eager to get back to the field after missing the last three editions of the ISL with a knee injury suffered ahead of the 2018-19 campaign.

“With Indian players taking up more and more responsibility, we are delighted to further strengthen our defensive department with a prospect such as Davinder,” CFC co-owner Vita Dani commented on the player’s arrival to Marina Machans.

“With Chennaiyin FC’s rich history in the Indian Super League, it is a tremendous honour for me to become a part of this club. The passion of the fans and the club’s family-led ethos made it a very easy decision for me to sign,” the Patiala-born footballer said..

“I am very excited to be working with head coach Boško and my new teammates, some who I have known for years. I have always given my 100% and this season, I am even more determined to bring success back to Chennaiyin FC and my ambition is to make my way back to representing the Indian national team again. I believe this will happen,” he said.

Davinder debuted in the ISL in 2017-18 with Mumbai City FC. He had nine appearances for the Islanders, including one Super Cup outing. On his debut match against Kerala Blasters FC, the talented right-back was also adjudged the Emerging Player of the Match.

Davinder’s rise was meteoric, from university football to the national squad, his performances for India’s U-23 team at the 2018 Asian Football Confederation (AFC) Championship qualifiers, had impressed former national team coach Stephen Constantine.

And so, the former Punjab University defender earned his senior team debut at the 2018 South Asian Football Federation (SAFF) Championship. He has made three international appearances for The Blue Tigers so far.

Making his return to the league with CFC, Davinder will be eager to make up for lost time with a title at CFC and a spot in the Indian national team.