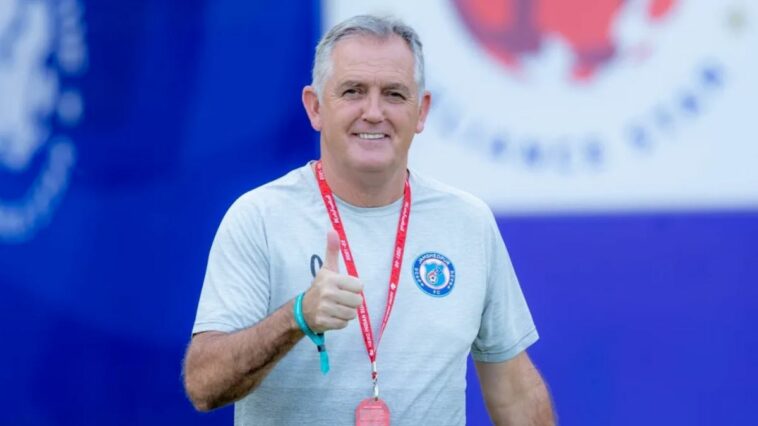 Jamshedpur FC Head Coach, Owen Coyle officially announced today that he won’t be continuing his journey in India in the next season of the Indian Super League (ISL 2022-23). The Scotsman had a successful two years with the club which he continuously kept on improving with his smart signings, promotion of young players and amazing man-management skills.

He lifted the Jamshedpur side to 6th place in ISL 2020-21, just 4 points shy off the top-4 places and later in ISL 2021-22 propelled them to the top of the table with a historic ISL League Shield Winners’ campaign where his team smashed and steamrolled upon records.

Read the Gaffer’s entire statement below:

I have had two absolutely wonderful years with Jamshedpur. The people I met, the relationships we forged in the club is one of the best I have had in football.

Even though we didn’t have the supporters in the stands in these two years, we could feel their love and passion towards the game, towards the players and staff. We tried our very best to give them a team to be proud of, a team that went on to become the Champions of ISL and the best team in the country.

With a heavy heart, I am obviously very sad to tell you that I won’t be continuing this journey together as I have had to return home for family reasons. However, if I am to return to India in the future, we have agreed upon that Jamshedpur will be my first choice to work at if my services are required at the time. I have a massive attachment to the club and I consider it like home.

I am quite sad about the fact that I couldn’t meet the fans in person during my quick visit to Jamshedpur due to a tight travel schedule and my requirement of going back home at the earliest. But I hope to come to India and be able to catch a game at The Furnace in the next season(s) and cheer from the stands with my fellow Red Miners’ fans.

My first match in India was in Jamshedpur and I immediately understood how big the club is and what it means to its people. I want to thank the management, the staff, the players and all the fans for their constant and unwavering support. I will miss you. Jam Ke Khelo.”

He said, “We are extremely thankful to Owen for what he has done for the club. He has made a gargantuan impact, one which will be remembered forever and etched in the club’s history as he led Jamshedpur FC to win the first ever honour by winning the Hero ISL League Winners’ Shield. We are sad ofcourse, just like any other fan, that he won’t be continuing with us next season. But I am happy to see a strong base being built for Jamshedpur FC’s future thanks to Owen and his staff along with the players who gave everything on the pitch in the most competitive Hero ISL season yet. We wish Owen the very best.”