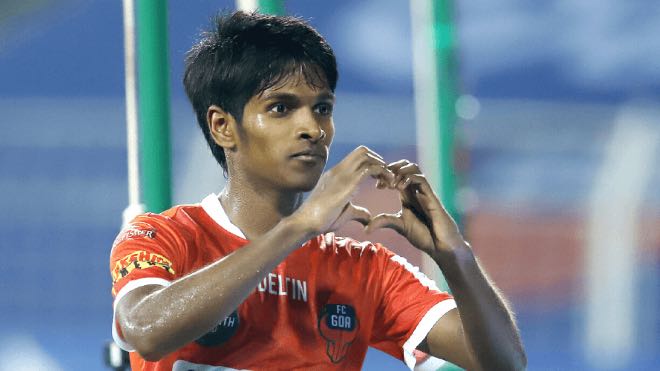 Saviour Gama has signed a new three-year contract, extending his stay at FC Goa ahead of the eighth season of the Indian Super League (ISL 2021-22). After impressing in ISL 2020-21, his first season as first-choice left-back, the youngster has now committed his future to the club by signing a deal to remain a Gaur until 2024.

Known for his ability to help the team moving forward, the 24-year-old was able to showcase what he is capable of – finishing the ISL 2020-21 season with 1 goal and 3 assists to his name.

Saviour Gama joined FC Goa in 2017. The 2018-19 season saw the youngster play a prominent role as he appeared in the ISL Final before helping the Club to their first piece of silverware in the 2019 Super Cup. A month later, he helped the Developmental team secure their first Goa Professional League title in only their second season in the competition.

Speaking after completing the formalities, Gama said, “Well, to be honest, this feels like home to me. I have felt at home not only because I am in Goa, but also because the club has helped me become the player I am today and has given me the respect that every player craves.”

“The new contract means that there will be even more responsibilities on my shoulders and that’s something I am looking forward to fulfilling. I am living my dream,” he added.

Speaking about Saviour Gama FC Goa head coach Juan Ferrando said, “Gama is a player that has really impressed me. I feel he is one of the players who has got better throughout the season. His attitude towards learning is fantastic and his best days lie ahead of him.”

“He is very comfortable on the ball, which helps us to build from the back and he is a fighter, who fights for the team every second of the game. I am excited to see him progress even further in the next few years,” he said.