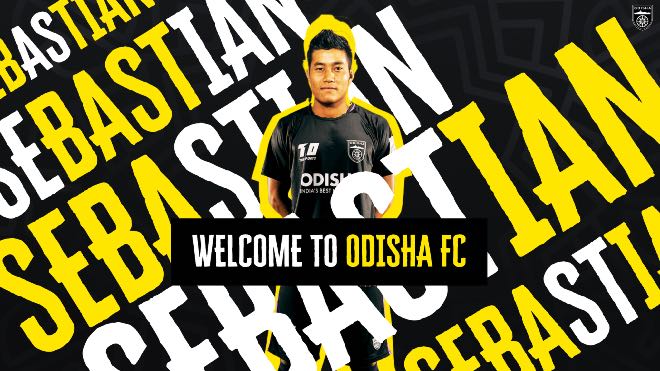 Sebastian Thangmuansang, who recently won the I-League title with Gokulam Kerala FC, has signed a two-year contract with the Odisha FC ahead of the eighth season of the Indian Super League (ISL 2021-22). The 22-year-old right-back from Manipur had also represented NEROCA and Chennai City FC in the I-League after his youth career at Pune.

After joining Odisha FC, Sebastian stated, “I am really excited to be a part of Odisha FC and continue my football journey with them. I hope to repay the trust shown on me by the management, give my best for the team and make the fans happy. Can’t wait to meet my new teammates and start training with them.”

Speaking on the new signing, Odisha FC CEO Rohan Sharma commented, “We are very excited to have Sebastian join our club. We’ve been tracking him for the past two years and we are glad he’s finally joined the team.”

“We are delighted Sebastian has agreed to join Odisha FC. He is one of the most promising defenders in the country and will add further depth and quality to the team,” expressed Club President Raj Athwal.