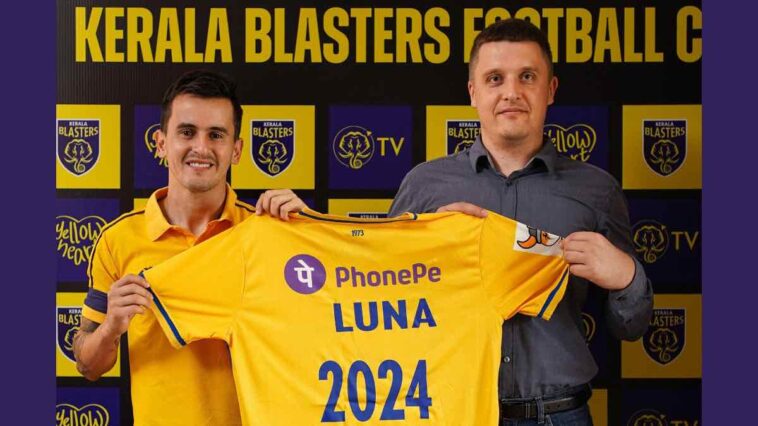 Ahead of the ninth season of the Indian Super League (ISL 2022-23), Adrian Luna signed a two-year contract extension with the Kerala Blasters FC, which keeps him at the club until 2024.

The Uruguayan midfielder was highly influential in the Tuskers’ road to the ISL 2021-22 final, registering a phenomenal six goals and seven assists in the ISL 2021-22 season.

The 34-year-old also became the club’s leading assist provider with seven assists in his kitty in the ISL 2021-22, overtaking Jessel Carneiro, Sahal Abdul Samad, and Josu.

“I am thrilled to be part of the Yellow Army and honoured to have renewed my contract with KBFC. My first experience in Kerala has been remarkable and I believe my next two years with the club will be tremendous. I hope to give my best performance in each game and to get the best for the team in the coming season,” said Luna after putting pen to paper.

“As I said last season, Adrian fits perfectly in the club and is one of the most valuable players in ISL. He has a great personality and he is a player who brought something special to our team. We are all delighted about his extension,” said Kerala Blasters FC’s head coach Ivan Vukomanovic.