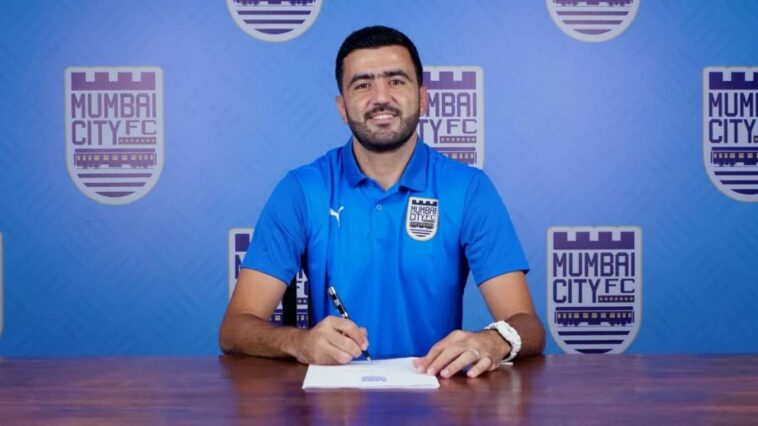 Mumbai City FC announced that midfielder Ahmed Jahouh has put pen to paper on a new one-year contract that will keep him at the club until the end of the ninth season of the Indian Super League (ISL 2022-23).

Ahmed Jahouh said, “For me, staying on at Mumbai City was one of the easiest decisions I’ve had to make. I’ve enjoyed my football in the last 18 months – we had a hugely successful season last year and I am proud to have been a part of a piece of history of this club, but I don’t want us to stop at that.”

“We have an important challenge ahead of us with the remainder of the ISL and the AFC Champions League. I want to help bring more success to the club and everyone associated with Mumbai City, especially the fans who have shown so much love in my time here and I hope that we can have them back with us in Mumbai very soon,” he added.

Head Coach, Des Buckingham said, “Jahouh has been one of the most consistent and influential players in the ISL. His experience, technical ability and game intelligence are complimented with being a fantastic person with great characteristics. We are delighted to have Jahouh extend his stay with us and he will continue to play an important role here at Mumbai City.”

A native of Al Araoui in Morocco, Jahouh started his career with Ittihad Khemisset and went on to play for various clubs such as Moghreb Tétouan, Raja Casablanca and FUS Rabat before joining FC Goa in 2017. He turned out for the Goan side for three seasons and won the 2019-20 ISL League Winners’ Shield and the 2019 Super Cup before joining the Islanders.

The 33-year-old Moroccan was pivotal to the Mumbai City set-up that clinched the double in the 2020-21 season, winning the ISL League Winners’ Shield and the ISL Trophy. In Jahouh’s time with the Islanders, the midfielder has recorded 3 goals and 11 assists in 33 games and sits joint-top of the charts for the most assists in the ongoing season.