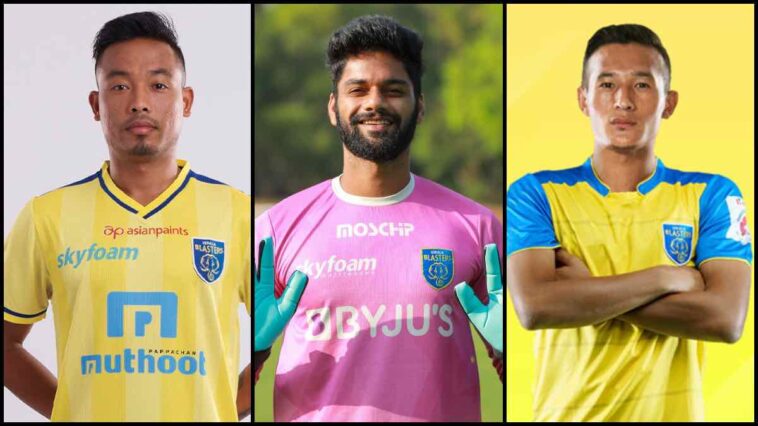 Ahead of the ninth season of the Indian Super League (ISL 2022-23) Kerala Blasters FC have announced the departures of goalkeeper Albino Gomes, midfielder Seityasen Singh and striker Chencho Gyeltshen after their respective contracts with the club expired.

The trio follow striker Alvaro Vazquez and winger Vincy Barretto out of the exit door.

Gomes was Kerala Blasters FC’s first-choice goalkeeper until an injury saw him surrender his place between the sticks to Prabhsukhan Singh Gill. Gomes had joined the Blasters ahead of ISL 2020-21 and made 24 appearances for the club in the ISL, keeping five clean sheets in the process.

Midfielder Seityasen joined Kerala Blasters FC before ISL 2019-20 season and appeared 25 times for the Kochi-based outfit in two and a half ISL seasons before he was loaned to Hyderabad FC in January 2022. He made three appearances for Hyderabad FC and won the title as Manuel Marquez’s men beat the Blasters on penalties in the final.

As for Chencho, the Bhutanese striker joined Ivan Vukomanovic’s side ahead of ISL 2021-22 season and was used regularly from the bench. He made 18 appearances but couldn’t get on the scoresheet.