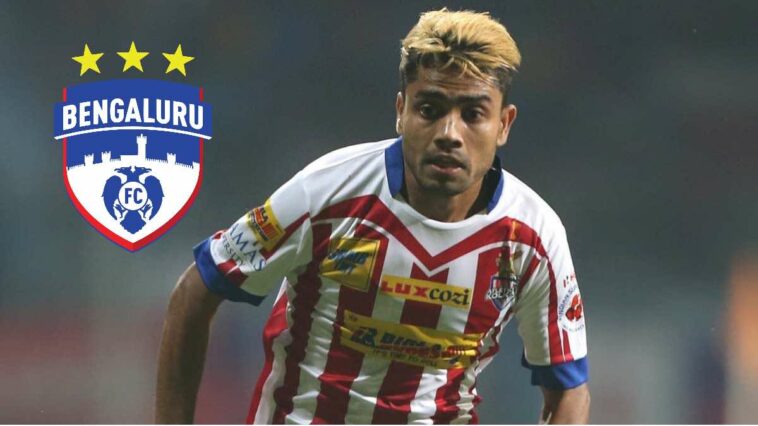 Ahead of the ninth edition of the Indian Super League (ISL 2022-23), Bengaluru FC announced the signing of right-back Prabir Das from ATK Mohun Bagan on a three-year deal set to run until the end of the 2024-25 season.

“I am very happy at having signed for Bengaluru FC because this is a football club that I have admired for a while now. I have played at the Kanteerava and the atmosphere is always high-energy, and I am waiting to experience it while wearing the Bengaluru shirt. I am eager to play a big part in bringing back the success that this club is used to and I am grateful to the owners and management for showing faith in me, and for wanting me to be a part of their ambitions,” said Das, after completing the formalities on his deal.

“Prabir is a player we had set our sights on for some time now, and we’re happy to have him commit his future to Bengaluru FC. Having a plethora of talent on the left, what the team needed was strengthening on the right. With Prabir and his experience, BFC have found a trusted and able player who makes us stronger. We are confident we can give Prabir the platform to excel and get back to the national team, while helping Bengaluru FC achieve its goal of getting back to where we belong – right at the top,” said club Director, Parth Jindal.

Das, a product of the Pailan Arrows Youth Academy, brings with him the experience of having played for a number of clubs and has won the Federation Cup and Indian Super League.

Following a breakthrough 2012-13 season with Arrows, Das moved to Dempo and then went on loan to FC Goa and Delhi Dynamos in the inaugural editions of the Indian Super League. Having signed with I-League side Mohun Bagan in 2015, the 28-year-old has spent the last seven years in Kolkata with ATK and ATK Mohun Bagan.

In the 2019-20 campaign, Das recorded the joint-highest assists by a defender with five, eventually winning the title with ATK. With ATK Mohun Bagan, Das made 39 appearances over the last two seasons.