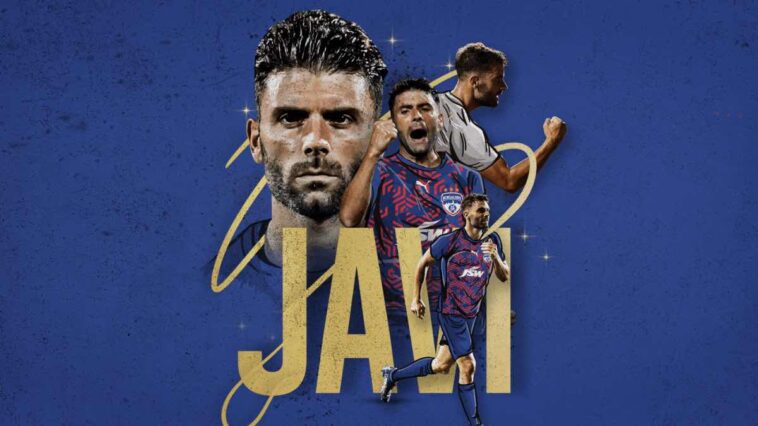 Bengaluru FC, on Wednesday, announced the signing of Spanish attacking midfielder Javi Hernández on a two-year deal, ahead of the 2022-23 season of the Indian Super League (ISL 2022-23).

The 33-year-old has represented ATK, ATK Mohun Bagan and Odisha FC in the Indian Super League in recent seasons, and is a product of the Real Madrid Castilla. Before making the switch to India in 2019, Hernandez turned out for clubs in Spain, Sweden, Romania, Poland and Azerbaijan.

“I am delighted to join Bengaluru FC. I wanted to stay in the Indian Super League, and for me, Bengaluru FC is one of the best places to be. I’m looking forward to the new season, meeting my new teammates and staff and towards helping the team achieve its objectives,” said Javi, after completing the formalities on his deal.

“I am aware that over the last two seasons, the club has not been able to reach the levels it aims to. I am motivated to give my best in every training session and every match, to help this team achieve its targets and that is to be among the best in the country. I believe this club and its fans deserve that,” added the Spaniard.

“Javi is a player who we have seen over the last few years and is someone whose statistics speak for themselves. Creativity and keeping the ball are his strengths, add to that his experience, and I have no doubt he will be a role model both on and off the field. I am particularly excited to see him link up with the young talent we have in the squad and help them and the team grow,” said Club Director, Parth Jindal.

Hernandez began his youth career with local side CDF Pizarrales, before moving to UD Salamanca in 2002 and then the Real Madrid Youth Academy at the age of 16, in 2005. He made his senior debut with the Real Madrid Castilla in Segunda División B, before stints in Halmstad, Salamanca, CD Ourense, and Burgos CF.

Javi moved to România with Poli Timișoara in 2015, followed by stints in Poland with Gornik Leczna and Azerbaijan with Gabala. After a two-year return to Poland with Krakow-based club MKS Cracovia, the Spaniard crossed shores to India, signing with ATK in 2019.

Javi, who played 19 out of 20 games for Odisha FC in the League last term, scored six times for the Juggernauts and registered five assists through the course of the season.