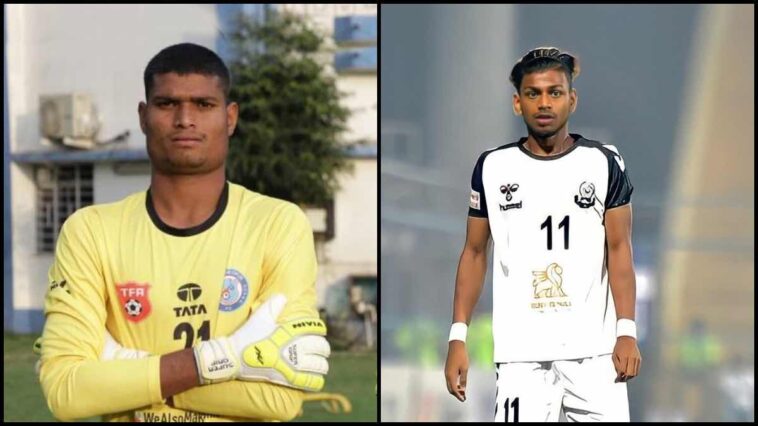 Bengaluru FC, on Friday, announced that the signing of youngsters Amrit Gope and Faisal Ali, on two and three-year deals respectively, ahead of the upcoming season of the Indian Super League (ISL 2022-23).

Gope, who most recently turned out for TRAU FC, has signed on a deal that will see him at the club until 2023-24, former Mohammedan Sporting winger Ali’s deal runs through until the end of the 2024-25 campaign.

The duo, whose signings come as part of the Blues’ continued building of their squad around youngsters, will join a team that has handed contract extensions to Leon Augustine, Namgyal Bhutia, Lara Sharma, Parag Shrivas and Naorem Roshan Singh in recent weeks.

“I’m really happy to join Bengaluru FC, a club that presents me the opportunity to play with and learn from some of the best Indian players and foreigners. My target for the season is to work hard and help the team in whatever way I can. I’m also really looking forward to experiencing the atmosphere at the Kanteerava and meeting the West Block Blues, who I’ve heard so much about over the years,” said Gope, after completing the formalities on his move.

“Joining Bengaluru FC is a dream come true, and I’m really looking forward to being part of the family. I have wanted to play in the Indian Super League for quite some time now, and my goal is to help the team in every possible way that I can. I am also looking forward to further developing under Simon Grayson, and with the players that Bengaluru FC have in their squad,” said Ali.

“Faisal and Amrit are players we have had our eyes on for quite some time now. Over the last season, they have stepped up in their respective teams, and we are glad to bring them on board for next season. I am certain that, under Simon, we will see them further develop and play a big part in our attempt to build a winning team,” said Bengaluru FC CEO, Mandar Tamhane.

Gope, who joined TRAU in 2021, previously turned out for Jamshedpur FC Reserves between 2018 and 2019, making 12 appearances in the 2nd Division I-League. Ahead of the 2019-20 campaign, the 22-year-old was promoted to the senior team, where he was part of the Red Miners’ Indian Super League squad. Since his move to TRAU, Gope made a further 16 appearances across two seasons in the I-League.

Kolkata-born Ali, meanwhile, started his senior football journey in 2018 with Southern Samity and transferred to Bhawanipore FC only two years later. The 23-year-old made the move to Mohammedan SC in 2020 and finished sixth in the 2020-21 I-League season. The following year, Ali was part of the Black Panthers squad that finished runners-up at the 2021 Durand Cup and was on target three times as they finished runners-up in the 2021-22 I-League.