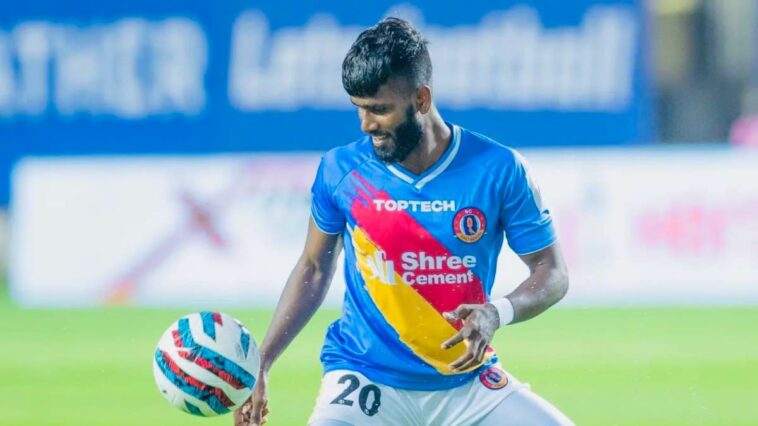 The 25-year-old defender hailing from Kolkata joined Bengaluru FC from East Bengal FC at the start of the ISL 2022-23 season. The defender was one of the standout performers in what was a rather difficult season for the Red and Gold Brigade and decided to shift base after receiving an offer from the Blues.

Mondal played a part in Bengaluru FC’s Durand Cup triumph but didn’t feature for Simon Grayson’s side in the ISL.

A full-back who loves to push forward into attacking positions, Mondal was rewarded with a place in the Team of the season in the I-League after his stellar campaign with Mohammedan SC. A full-back who loves to go forward, Mondal came into the limelight after his commendable performances for West Bengal Santosh Trophy team and helping Mohammaden SC win the 2nd division I- League. Mondal has represented Kolkata-based clubs Rainbow SC, Tollygunge Agragami, and Peerless. He started his youth career with Calcutta Port Trust in 2015.