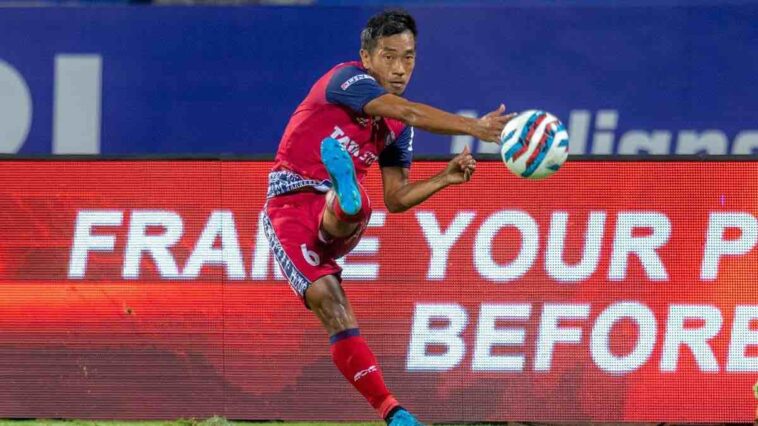 Ahead of the upcoming season of the Indian Super League (ISL 2022-23), Jamshedpur FC have successfully agreed on a contract extension with defender Ricky Lallawmawma. The Mizo defender was a vital cog in the Owen Coyle-led side that won the Shield. The extension will see Ricky don the Jamshedpur FC jersey till May 2024.

Ricky Lallawmawma will continue donning squad number 6 for Jamshedpur FC and will join the squad for pre-season in mid-August.

Ricky Lallawmawma, with his rock-steady defending abilities and quick-fire runs on the left flank, quickly became a fan favourite and was influential in leading Jamshedpur to 15 clean sheets across both seasons. The defender has recorded impressive stats over two seasons – 130 tackles, 63 interceptions, 84 clearances and 75 blocks. He also won a Hero of the Match award for his top-notch performance against NorthEast United in an exciting 3-2 victory in the previous season.

On signing the extension, Ricky exclaimed his joy on continuing in the red colours of Jamshedpur.

He said, “It has been a dream journey with Jamshedpur, and I am extremely excited to continue representing the vociferous Red Miners. We have grown and together achieved massive success in the last two seasons. But we will not be here just to defend the Champions of India title but also to win trophies this time in front of the fans as we play at a packed JRD Tata Sports Complex.”

He explained the importance of having him in the squad, “Ricky has always been a team player and a wall for Jamshedpur. Along with the other defenders he has done a fantastic job at the back and everyone has noticed his amazing contributions in the last two seasons.”

Ricky also expressed his joy to work with the new gaffer, Aidy Boothroyd.

He said, “I am looking forward to working with the Gaffer. He is the right person to lead the squad to more glory. His experience and style will show the results this season and will also wow the fans at the Furnace.”

Born in Mizoram, Lallawmawma started his career with Aizawl where he was named captain. He then moved to local rivals, Chanmari in 2014 post which he had stints with Zo United and Aizawl FC.

On 17 August 2017, he signed for Mohun Bagan to play in the I-League. Ricky later signed for ATK in the 2018–19 season putting on some stellar performances on his debut ISL season, registering 17 appearances for the Kolkata-based club.

He joined Jamshedpur ahead of the 2020-21 season, where he played under Owen Coyle and made the left-back position his own. The same season he contributed to helping the defence line secure a club-record number of clean sheets (8). The following season Jamshedpur FC won the League Winners’ Shield with the highest number of points (43) secured by any club ever in the ISL. Ricky played each and every game (42 matches) in the last 2 seasons, thereby showing his consistency as well as discipline.