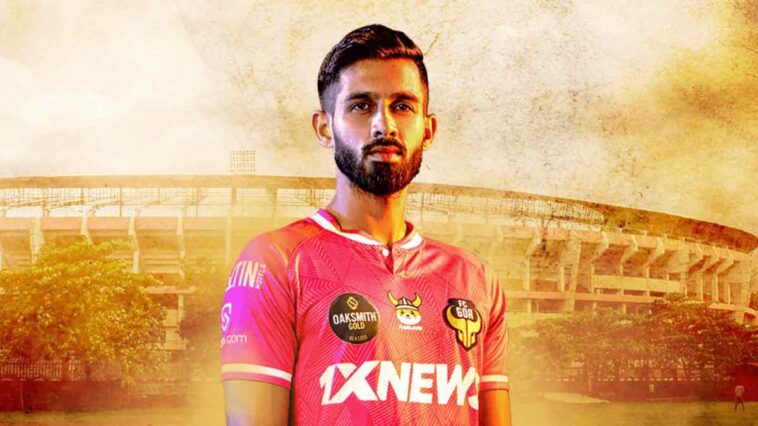 FC Goa have completed the signing of goalkeeper Arshdeep Singh, ahead of the upcoming season of the Indian Super League (ISL 2022-23). The goalkeeper has put pen to paper on a two-year contract with the Gaurs, which will see him remain a part of the Club till the summer of 2024.

“This is a dream come true for me. I’ve always wanted to play for FC Goa, so when I was presented with the opportunity this summer, I didn’t have to think twice before agreeing terms,” Singh said after signing the contracts.

“Their footballing style is something that I have admired for a long time. However, I have been on the wrong side of some really marvellous attacking performances by Goa,” he added.

“Even though I am a ‘keeper, I love playing with my feet, am comfortable with it and I feel that would be something that I will bring to the Club. I can’t wait to develop my game further and take the next step forward,” he said.

“The Club has produced several names in the recent past who have gone on to shine for the Indian national team, and my aim is to join them. All that starts with starting games, winning matches and trophies for FC Goa,” the 24-year-old further added.

“We’re pleased to bring Arshdeep on board. He’s a ‘keeper who is well accustomed to the league now and beyond his obvious shot stopping ability, has fantastic distribution as well, which is a must for us in our style of football. I’m sure he’ll adapt to our style and system in no time and will be an integral part of the First Team for years to come,” he added.

Arshdeep Singh started his career with the AIFF Elite Academy. Ahead of the 2015-16 season, he was roped in by Minerva Punjab FC and his performances since then got noticed across the country.

At the Punjab-based outfit, the goalkeeper featured in 29 matches including their title-winning I-League campaign in 2017-18 and the 2019 AFC Cup. During this stint, he kept seven clean sheets.

Just ahead of the ISL 2019-20 season, Odisha FC signed the youngster who went on to make 33 appearances for them across three seasons. ISL 2020-21 is considered to be arguably one of his best league campaigns to date, as he registered 64 saves – the most among all shot-stoppers that season (and the second highest ever in an ISL season) – in just 16 matches (average of 4 saves a match, an ISL record by an Indian keeper with at least 10 appearances made in a season).

Overall, Singh has made a total of 116 saves in the ISL at an average of 3.52 saves per game, which is the best among shot-stoppers who have played at least 25 matches in the Indian top flight.