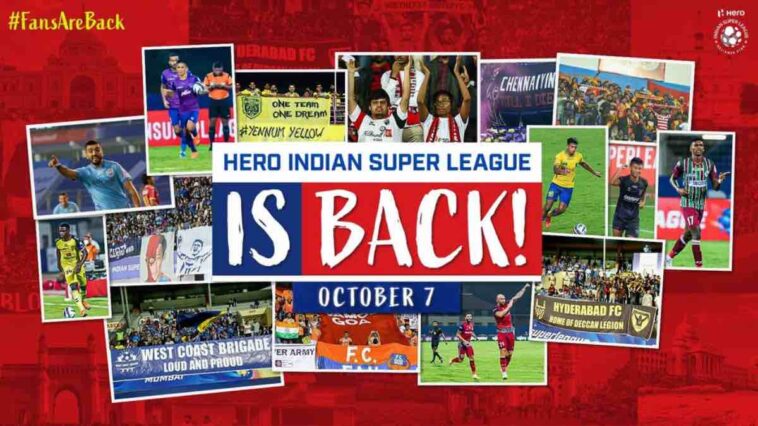 The ninth edition of the Indian Super League (ISL 2022-23) kicks off on October 7, 2022 when last season’s runners-up Kerala Blasters host East Bengal FC at the Jawaharlal Nehru Stadium in Kochi.

All ISL teams are currently participating in Asia’s oldest competition, the Durand Cup, as they gear up for the ISL season. All Indian football stakeholders have been determined to create a longer football calendar that provides players with more competitive matches throughout the year. The ISL will be followed by the Super Cup in April, 2023.

The 2022-23 season will also be special as fans will be welcomed back to the stadiums after a gap of two seasons. To make it convenient for more fans and families to attend and watch their teams in action, the ISL has created a fixture list with matches taking place on weekends. Each Matchweek is scheduled between Thursday and Sunday, bringing the ISL in line with the top global football leagues.

This season onwards, Football Sports Development Limited (FSDL) has also introduced a new playoff format for the league, adding two exciting matches into the calendar. The top two teams at the end of the league stage will automatically qualify for the semi-finals. Teams finishing between 3rd and 6th will feature in a single-leg playoff to determine the other two semi-finalists.