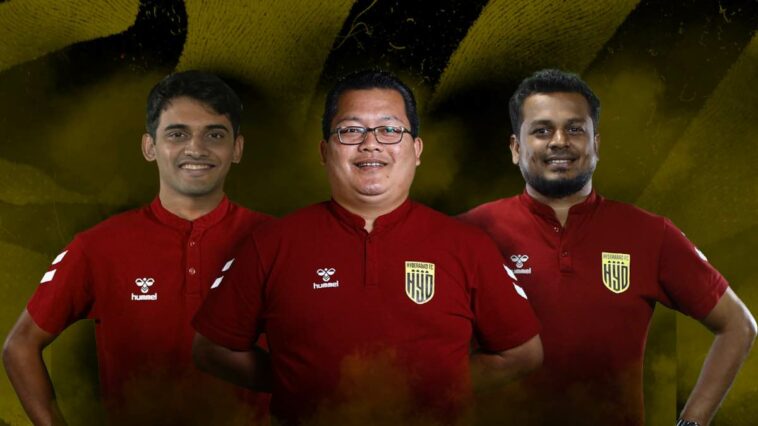 Hyderabad FC announced that Appu Jose will be the new Sporting Director of HFC. Meanwhile, Thangboi Singto has been appointed as the club’s Technical Director, and Reserve Team Head Coach Shameel Chembakath has been promoted as the First Team Assistant Coach ahead of the upcoming ISL season.

As the new Sporting Director of Hyderabad FC, Appu Jose will be in charge of taking forward the club’s vision and philosophy. He will coordinate with the Head Coach and other Technical Staff for all the technical matters. His core responsibilities will involve scouting, recruiting and transfer decisions of players as well as technical and sporting staff hirings.

Thangboi Singto, who served as the club’s first-team assistant coach over the last two seasons, will be the club’s Technical Director. In his new role, Thangboi Singto will focus on building the club’s youth structure which forms a key part of the HFC philosophy. He will nurture and oversee various HFC Club and Academy partnerships in Telangana as well as other parts of the country.

Thangboi Singto will also assist in building the football ecosystem in the region, especially Hyderabad and will work closely with the respective stakeholders. One of the core areas he will also focus on is the Coach Education and Train the Trainers program which will see coaches progress through the club and its partners.

Reserve Team Head Coach Shameel will be promoted as the First Team Assistant Coach starting the 2022-23 season. This appointment will be a great platform for him to work closely with Club Head Coach Manolo Marquez and add value to the senior team. While Coach Education will be one of the club’s key focus areas, the pathway for their development and progress is equally important. This appointment will encourage young aspiring coaches as well.

Speaking on the appointments, Hyderabad FC Co-Owner Varun Tripuraneni said, “We have made three key appointments in the club, keeping in mind the club’s direction and vision. We want to build on last season’s success, and we believe we have the right team in place. I wish Thangboi, Appu and Shameel all the very best in their roles for the upcoming season.”