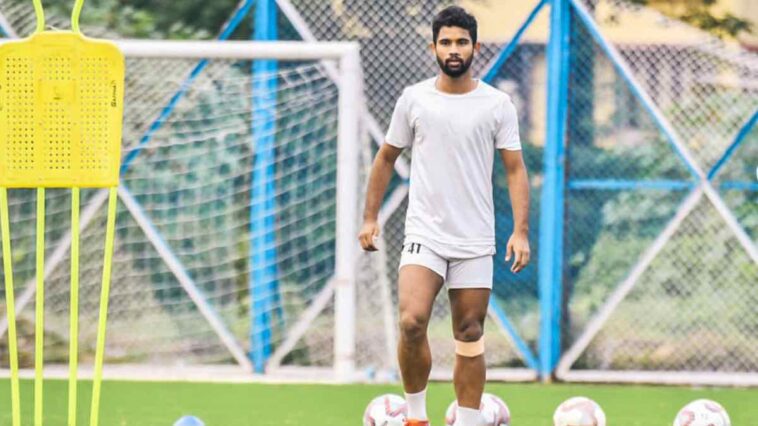 Ahead of the upcoming season of the Indian Super League (ISL 2022-23), Hyderabad FC have completed the signing of young full-back Manoj Mohammad, the club announced on Wednesday.

Manoj has signed a three-year, long-term deal with Hyderabad FC till the end of the 2024-25 campaign and will be a part of the first team under Manolo Marquez for the upcoming campaign.

“I am really happy to sign for this club at this stage of my career,” said Manoj, after penning his contract. “I can’t wait to get on the pitch and I promise to give my best in every training session and in every game,” he added.

A left-back by trait, Manoj is a complete full-back who is effective at both ends of the field. He has gathered loads of experience in the I-League, having started his career with the East Bengal academy as a kid.

He made 16 league appearances for the senior side before joining Mohammedan SC in 2020. He has since been a regular in the first team and made 29 appearances for the club playing a crucial role in the 2nd place finish in the 2021-22 I-League campaign.

He also registered a couple of assists in what was a consistently impressive campaign for the youngster. He was also part of the Mohammedan side that won the Calcutta Football League title after 40 years.