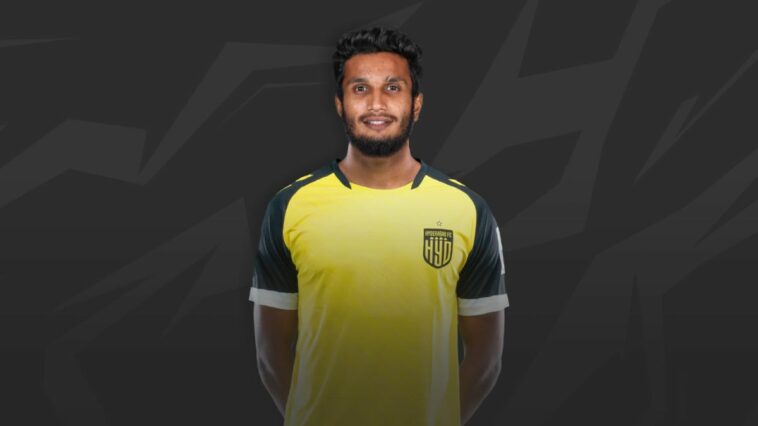 Ahead of the 9th season of the Indian Super League (ISL 2022-23), Hyderabad FC have completed the signing of defender Alex Saji on a long-term contract, the club announced on Friday.

“Hyderabad FC is a team that gives a lot of opportunities to the young players in the country and I am very much excited to be a part of this club. It is a great platform for a player like me. I am looking forward to playing under coach Manolo and learning more to improve my game. It will be an exciting season, my first in the ISL, and I can’t wait to get started,” Alex Saji said after putting pen to paper on a deal that will keep him with the club till 2024-25 season.

Born and brought up in Wayanad, Kerala, Saji started out with the Red Star Football Academy. He has since represented Gokulam Kerala in the I-League, garnering valuable experience. Saji also lifted the I-League title twice with the Malabarians in back-to-back seasons.

A central defender who can be effective at right-back as well, the 22-year-old has 26 I-League appearances to his name and also started all three games for Gokulam Kerala in the AFC Cup Group Stages recently.

After an impressive couple of seasons in the Indian domestic circuit, Saji was also called up for the U23 National Team for the previous AFC U-23 Asian Cup qualification campaign.