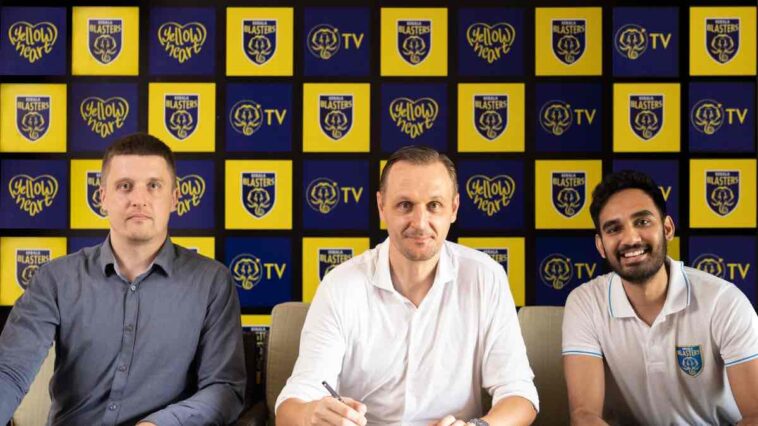 Ahead of the ninth edition of the Indian Super League (ISL 2022-23), Kerala Blasters FC announced the contract extension of their Head Coach Ivan Vukomanović, for three more years, till 2025.

Since joining Kerala Blasters, Ivan has had a transformational effect on the club’s playing style and has guided the team to its third ISL finals appearance, setting a string of significant club records along the way.

In Ivan’s first season in charge, the club reached numerous milestones including a remarkable 10-match unbeaten run that saw the Blasters climb to the top of the table for the first time in club history. In an exemplary season that saw numerous Indian players flourish and many young players debut, the club also recorded its highest goals scored, highest points obtained, the highest number of wins and least number of losses, under Ivan.

“I’m happy that we agreed on a three-year deal with Ivan. He adapted seamlessly and is an integral part of the Blasters family. I think it is an important move for our club, and we now have a strong base to continue our work with consistency and achieve more goals. I would like to congratulate all Kerala Blasters fans with this extension!” said Blasters’ Sporting Director, Karolis Skinkys.

Sharing his excitement on the extension, Head Coach Ivan Vukomanović said, “Since we started our cooperation last year, I felt the right energy and emotion around this beautiful club. I was immediately attracted by people leading this project, by fans, and Kerala. Today, we have a great opportunity to continue in the same direction with more commitment and dedication. I am very pleased and happy with this contract extension. Hope that we all will have even more motivation to be better in next seasons.”