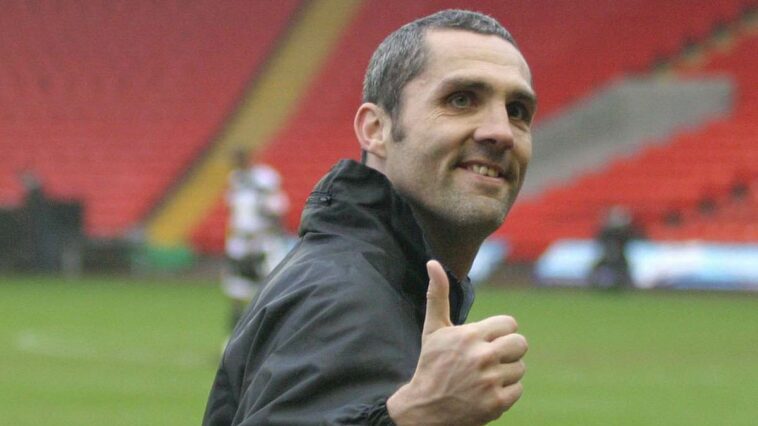 Ahead of the upcoming season of the Indian Super League (ISL 2022-23), Jamshedpur FC announced the appointment of Stuart Watkiss as the Assistant Coach.

The 56-year-old former Wolverhampton Wanderers defender will team up with the new “Men of Steel” Head Coach, Aidy Boothroyd for the season ahead.

Upon signing for the ISL League Shield winners Stuart opined his ambition with JFC, “It’s a big job at Jamshedpur FC, the defending Champions of India. I come with the aim to help the club win back-to-back league titles and also help bring more honours.”

He further added, “Along with a top Head Coach like Aidy Boothroyd, the club aims for the maximum and we will take it one game at a time. Looking forward to it.”

Speaking on Stuart’s arrival the gaffer stated, “We are delighted to have Stuart Watkiss as our Assistant Coach. He has experience working in South Asia, particularly in India.”

He further quipped, “His work ethic, knowledge, and coaching abilities would be of great importance to the club for the success we desire. I welcome him and look forward to working with him.”

Watkiss comes up with avid experience in the Asian footballing ecosystem. Besides his last position as the assistant coach of the Bangladesh National football team Stuart has managed the former I-league side Bharat FC. Thus he makes the perfect fit for Aidy’s team of supports staffs.

Ahead of the next season, Jamshedpur FC is all set to start their preseason in August. Assistant Coach Stuart Watkiss will be joined by goalkeeping coach Leslie Cleevely who recently extended his stay.