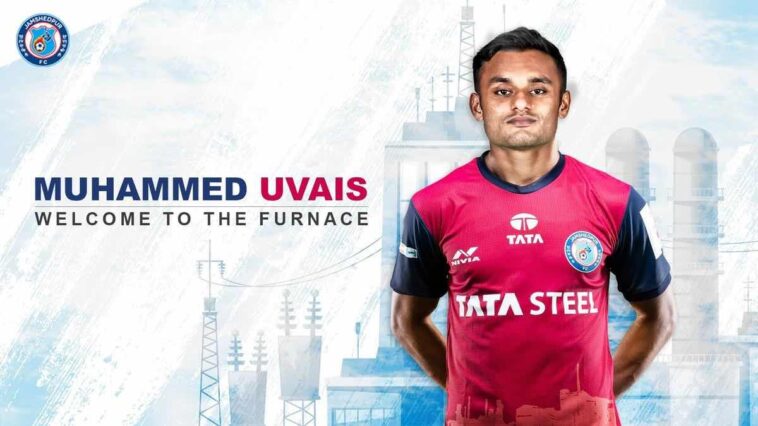 Jamshedpur FC signed Muhammed Uvais for the upcoming season of the Indian Super League (ISL 2022-23). The left-back will be seen in red till 2025.

Muhammed Uvais will join the squad in Jamshedpur for the pre-season in mid-August, donning jersey number 16.

The 23-year-old didn’t miss a single game last season and lifted the I-League 2021-22 title with Gokulam Kerala FC. Not only did he score a goal, but he also had three assists to his name in the I-league. Uvais played all three games in GKFC’s debut AFC Cup campaign. He was also a part of FC Bengaluru United.

Uvais said, “It has been a good year for me, winning the I-league last season and now joining the CHAMPIONS OF INDIA! Playing in the Indian Super League is a dream come true, and the Red Miners at the Furnace make it extra special. I believe this is the right step for me in my career as I look forward to working with a club and a coach who have a great track record in developing young players.”

“Uvais was one of the heroes in the championship campaign of Gokulam in the I-League. He has all the traits, running down the flanks, crossing, physical presence, tackling, etc. which make him a great addition to the squad. He is mentally strong and we hope will challenge for a starting eleven place in every game,” said Aidy Boothroyd.