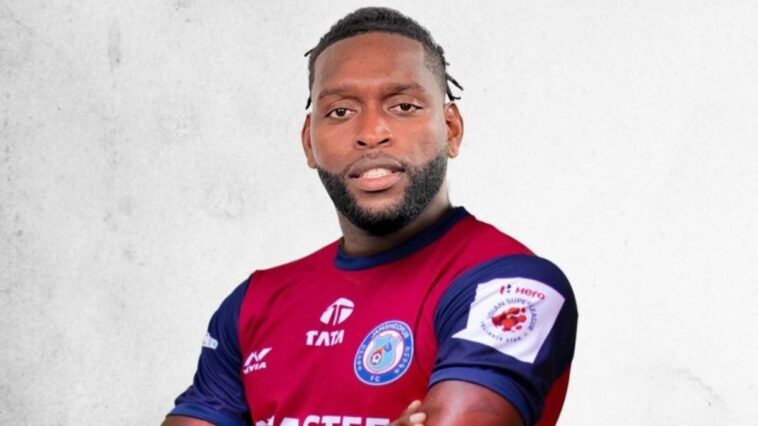 Jamshedpur FC announced the signing of the versatile Jay Emmanuel-Thomas for the upcoming season of the Indian Super League (ISL 2022-23). JET will join the squad for the pre-season in mid-August, wearing jersey number 10.

The 31-year-old who is also referred to as JET has loads of experience, having played for the likes of Arsenal, Blackpool, Doncaster Rovers, Cardiff City, Ipswich Town, Bristol City, Queens Park Rangers, Milton Keynes Dons, Gillingham, PTT Rayong, Livingston and Aberdeen so far in his well-travelled career. Now the man from Forest Gate has found a home in Jamshedpur as he signed to represent the Red Miners.

Elated at signing for Jamshedpur, JET set out his ambitions and said, “The growth of Indian Football has been fascinating to follow and it’s a great feeling to be part of the ISL League Shield winners. It’s now time to rest the accolades from last season and work hard towards the next. Each game is going to be tough and my goal is to contribute to win as a team while playing exciting football and thrill the incredible fans of Jamshedpur each time we take field.”

Jamshedpur FC Head coach Aidy Boothroyd said, “JET is a top player with outstanding experience and has played extensively in England as well as Asia. He brings a lot of attacking flexibility and can play in numerous positions which adds firepower to our squad. Creating and finishing chances are the strengths JET adds to the team along with a winning mentality. He has a great eye for a good pass and skill full feet to dominate play while taking on opponents. A great individual off the field as well, I had a lot of conversations with him and he exhibited solid intent to come in and represent Jamshedpur.”

This Arsenal Youth Academy graduate is a versatile playmaker, forward and can play as a winger too. He has been a part of the England National Team at the Under-17 and Under-19 levels. Dominant with his physicality, pace and close control, JET scored 13 goals in 13 games for Arsenal Under-23 in his breakout season.