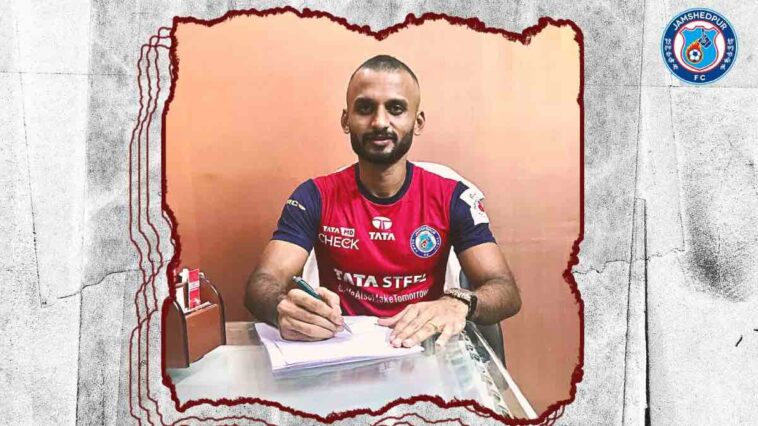 Jamshedpur FC announces the signing of midfielder Pronay Halder on a contract till May 2024. Halder joins Jamshedpur FC from ATK Mohun Bagan, where he featured twice in the ongoing Indian Super League season (ISL 2022-23).

Halder joined Jamshedpur FC on loan ahead of the 2021-22 season, and featured 14 times in the ISL campaign, playing a major role as the club lifted the League Shield trophy.

Jamshedpur FC head coach Aidy Boothroyd said, “I think this is an excellent signing for the club.”

“He was a big part of what Jamshedpur did last season and he’s a brilliant footballer who is very experienced and strong. Every team needs to have a balance and he brings both steel and silk to the dressing room and I’m looking forward to working with him,” he added.

Pronay Halder shared his excitement at being a part of the club permanently.

“I feel very happy to be a part of Jamshedpur FC,” said Halder.

“I have spoken with the head coach and he has motivated me to give my all on the pitch. I am looking forward to being a part of the team and helping them for the rest of the season,” he added.

The club confirms that Halder will wear the number 14 jersey for the remainder of the season.