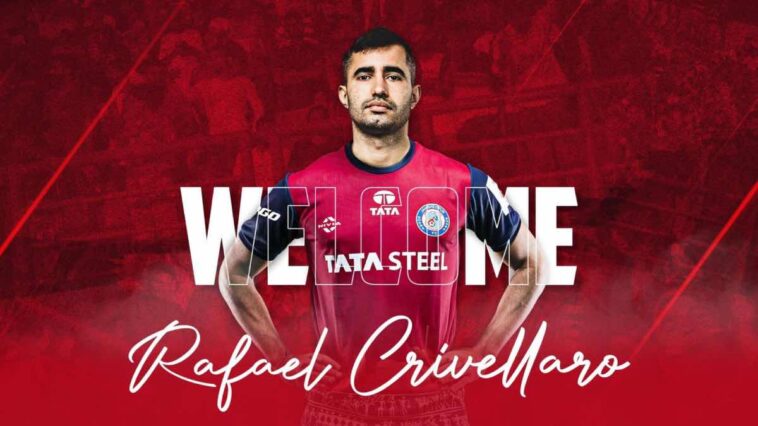 During the ongoing season of the Indian Super League (ISL 2022-23), Jamshedpur FC announced the signing of Brazilian midfielder Rafael Crivellaro till May 2023.

Crivellaro joins Jamshedpur FC from Chennaiyin FC, where he featured 27 times and grabbed an impressive 8 goals and 9 assists.

The midfielder joined Chennaiyin FC in September 2019 and notched up the second-highest number of assists that season in the ISL, setting up 8 goals and scoring 7 of his own in just 20 appearances.

“I’m delighted that we have signed Rafael. It’s easy to see very quickly the qualities that he will bring to us. Rafael is a very talented player. He can link the defence to attack. He is very creative and looks very fit and I’m sure he is going to get plenty of assists for us,” Boothroyd said.

The 33-year-old highlighted his own desire to flourish in Jamshedpur colours.

“I’m very happy to join Jamshedpur FC. This is a new challenge and a new beginning for me and I hope I can help the team succeed. The team has welcomed me with open arms and I’m very excited to work with the coach and everyone here,” said Crivellaro.

“I want to say thank you to the fans for the warm welcome and I’m very happy and excited to perform for them on the pitch,” he further said.

The club also confirmed that Rafael Crivellaro will wear jersey number 50 for the remainder of the season.