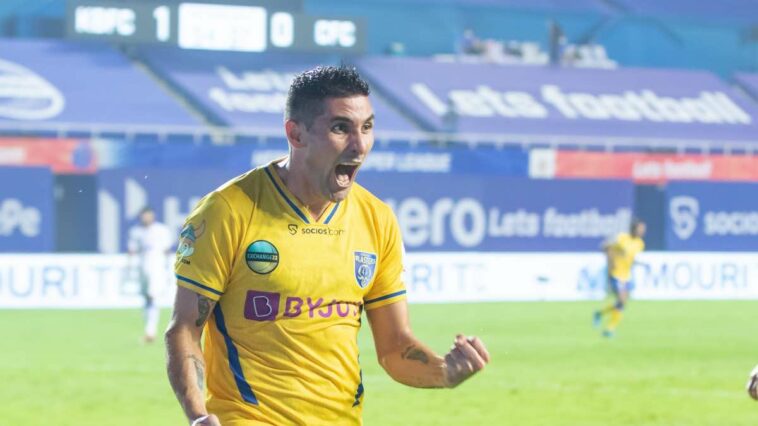 Kerala Blasters FC announced the departure of their forward Jorge Pereyra Diaz from their squad ahead of the upcoming season of the Indian Super League (ISL 2022-23), the club announced on Tuesday.

Diaz began his professional career with the Argentine club Ferro Carril Oeste in 2008. After four years at Ferro, he went on to play for Club Atlético Lanús, helping his team win the 2013 Copa Sudamericana.

The striker took the centre-stage in attack alongside Alvaro Vazquez and put up some incredible numbers in his debut ISL 2021-22 season, being involved in nine-goal contributions comprising eight goals and one assist across 21 matches.