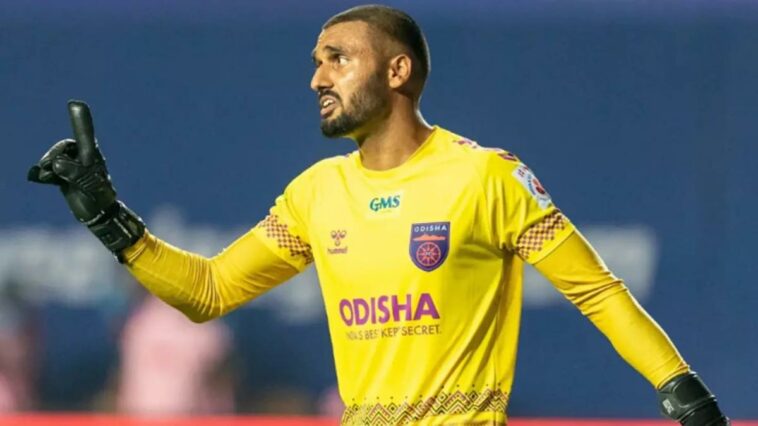 Ahead of the ninth season of the Indian Super League (ISL 2022-23), Odisha FC announced that Kamaljit Singh has signed a new contract, which will keep him at the club until 2025, with the option to extend for a further year.

The Indian International has featured in 12 matches last season with 1080 minutes under his belt. Kamaljit made 34 saves with an average save percentage of 53.12%.

At the signing, Kamaljit said, “From the moment I joined the Juggernauts, I have had a special relationship with the team, management, and our amazing fans. The moment I was briefed about the project and what the club wants to build in the coming years, that was the moment I knew I wanted to extend my stay at the club.”

“The dream is to make the state of Odisha along with our fans proud and give them what they deserve. It is an honor to represent the people of Odisha,” he added.

“Even after two seasons at the club, it still feels amazing to put on the OFC shirt and play for the club. I know what I have to do and we are going to fight for our club next season,” he said.

“I have to achieve so much more at OFC, and I know that is the same for the rest of the squad and staff. We have shared some great moments and some not-so-good moments over the last couple of years, but the best is yet to come from myself and this team,” he concluded.

Raj Athwal, Club President, said, “Kamaljit is an important player for the club. His work rate, dedication, and attitude are exactly what we want from a player at OFC. He has served the club well for the past two years. We are happy that he decided to extend his stay at the club.”

Kamaljit started his career with the AIFF Academy before signing for Sporting Clube de Goa in 2014. He made his debut for the side on 29th October 2014 against United in the Durand Cup. He played the full 90 minutes in goal as Sporting Goa won the match 3–2. He then made his official professional debut for the Goan club on 6 November 2014 during the Durand Cup semi-finals against Pune. He once again played the full match in goal as Sporting Goa fell 1–2.

Singh represented the India U19 team during the Weifang Cup in 2011. He was also called up to the India U23 team for their 2014 Asian Games training camp and was eventually included in the final roster for the Asian Games. Kamaljit was also named on the bench for two matches against the United Arab Emirates U23 and Jordan U23.