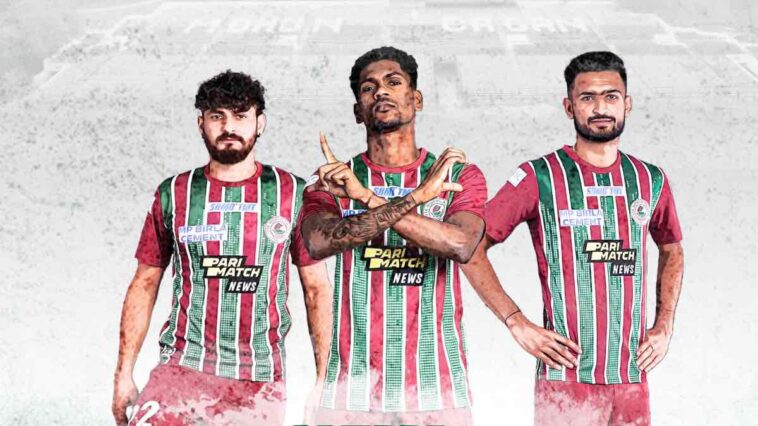 ATK Mohun Bagan have extended the contracts of forwards Liston Colaco and Manvir Singh and midfielder Deepak Tangri, ahead of the ninth edition of the Indian Super League (ISL 2022-23).

Colaco and Singh have signed deals that will keep them at the club till 2027 while Tangri extended his contract till 2026.

The trio played a key part as ATK Mohun Bagan reached the semi-finals of the Indian Super League (ISL) last season. Colaco scored eight times and provided five assists in the 22 matches that he played for the Kolkata side while Manvir Singh scored six times in his 22 appearances.

Deepak Tangri on the other hand was a vital part of the ATK Mohun Bagan midfielder as he allowed the attacking players to flourish by providing the shield to the defence. He played 18 matches for the Mariners in ISL 2021-22.

The trio expressed delight at extending their contracts with the Kolkata giants.

“I have seen that the ambience and infrastructure of this historic club are very good. That’s why I decided to stay back for five more years. Last season, we couldn’t win the Hero ISL trophy despite good performances. This season, we are looking forward to winning the trophy. This year our team is stronger. Many talented footballers have joined us this year. We are well prepared as well. We all are ready to give 100%,” Colaco said after signing the extension.

Singh and Tangri however reiterated that despite the morale-boosting news of the contract extension they remained focussed on the Hero ISL season and are more determined than ever to help ATK Mohun Bagan win the title.

The Mariners will begin their final preparatory camp ahead of the new season on October 4.