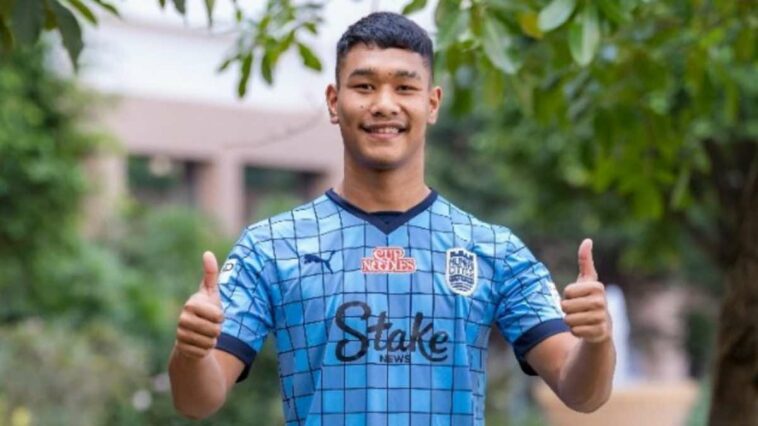 Mumbai City FC announced the signing of young defender Halen Nongtdu for the ongoing season of the Indian Super League (ISL 2022-23). The 18-year-old joins the Islanders on a three-and-a-half-year contract, until May 2026.

Following his signing, Nongtdu joins a growing list of talented youngsters at Mumbai City. The young defender will be eligible to represent the Islanders from January 1, 2023.

Halen Nongtdu said, “Being a part of a club of Mumbai City’s stature is a great opportunity for me and one that I am ready to make the most of. I am young and I want to make my mark in football, and joining Mumbai City will help me learn from the very best, both on and off the pitch. I cannot wait to get to work and start this new chapter of my life.”

Des Buckingham, Head Coach, Mumbai City FC said, “As we have always maintained, we want the best young footballers to represent our club. We firmly believe in developing young talent and giving them a competitive platform to realise their potential, and Halen’s addition only strengthens our beliefs. Young Halen has shown in youth football, both at a domestic and an international level, what he’s capable of and we’re excited to work with him at Mumbai City.”

Hailing from Meghalaya, Nongtdu rose through the ranks in the age-group sides of the Pune-based club DSK Shivajians. At 17, the young centre-back was brought into the Indian Arrows set up where he became an integral part of the Arrows’ setup.

Nongtdu has had a steady rise through the junior National Team, all the way through the U15s to the U20s. Alongside current Mumbai City forward Gurkirat Singh, Nongtdu is one of the captains of the India U20 side and recently led India to the SAFF U20 Championship title in Bhubaneshwar before representing the Blue Tigers at the U20 AFC Asian Cup Qualifiers in Kuwait.